Magic, mayhem and madness explode in this third installment in the Jessica McClain series.

Jessica McClain is on the run… again. Finally reunited with Rourke, Jessica arrives home to find that her best friend has been kidnapped, her father has vanished, and the supernatural Sects – witches, demons, and sorcerers – don’t even have the courtesy to wait until she is unpacked to attack.

Now, mastering her powers as the sole female werewolf might not be enough to save them. Thrown together in a shaky truce with the Vampire Queen, Jessica must show all the different Sects what the true meaning of “the enemy of my enemy” isor her father will die…

I’m going to try my best to avoid any spoilers for previous books in the Jessica McClain series.  I know it is a newer series by a relatively new author. There are still a lot of people may not have read books one and two yet.  I highly recommend that you resolve that issue ASAP.

Once again, Amanda knocked it out of the park with Cold Blooded.  This book is just as fast paced and action packed as the previous books.  We get to spend plenty of time with some the favorite characters we’ve seen in the past, especially a certain cat that had very little time in book two. *smiles*

This book picks up right were book two left off.  Jessica has found and rescued Rourke.. (Woohoo!)  They finally get their time together, especially some alone.  While it isn’t long lasting, it is well worth it.  My favorite quote comes from Jessica while at Rourke’s cabin, “We broke the counter top.”  This really made me laugh out loud.

Tyler, Danny, Nick, Naomi and Ray are all with Jessica on this adventure.  Jessica goes from one piece of chaos to another, it seems never ending for her.  She visits the witches, fights demons and sorcerers and stops by to see the vampires, and that is just part of the story.

We learn a lot about Jessica.  She is really coming into her powers.  We also learn how powerful her blood really is.  We also meet several other very powerful beings. We also learn a lot about some the powerful beings we already know.  I don’t want to spoil anything, but there is a lot of behind the scenes plotting for power going on.  Jessica learns about much of this as she goes and is very good about taking it all in stride. She is also very good at thinking on her feet to come out on top, even against beings way older and more experienced at negotiations than she is.

Worst part about this book, the cliffhanger end.  I’m not a fan of cliffhangers, I despise them.  The last part of this book is setting up the first adventure into book four.  I say first adventure, because if book four is anything like the first three, then there will be more than one adventure for Jessica and the gang. 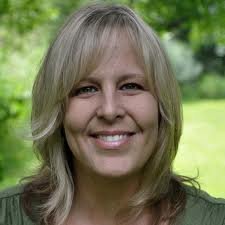 The narrator does a great job.  She started doing the Jessica McClain series with book two.  She does just as good as she did with it.  I love how she voices Danny.  He didn’t have a huge part in this book, but she nails his voice, in my opinion.  She also does a great job with the vampire queen.

If you haven’t tried this series, I highly recommend it.  It is great for people who like strong female leads, werewolves and a lot of action.  If you’ve enjoyed Kate Daniels series by Ilona Andrews, The Hollows by Kim Harrison , Downside Ghosts by Stacia Kane and Mercy Thompson by Patricia Briggs, then I think you’ll love this book.