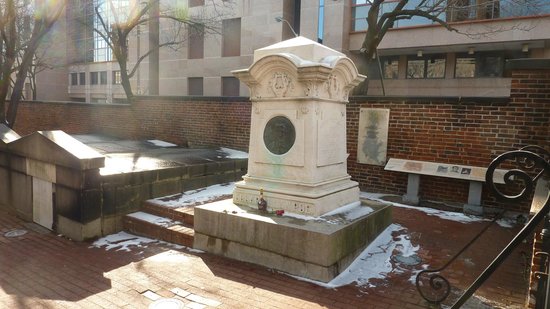 This photo of Edgar Allan Poe’s Grave Site and Memorial in Baltimore, Maryland – notice the customary bottle of Cognac on his grave is also present! – is courtesy of TripAdvisor.

A series of murders in New York City has stymied the police and FBI alike, and they suspect the culprit is a single killer sending an indecipherable message. But when the two federal agents assigned to the investigation are taken out, the FBI takes a more personal interest in the case.Special Agent Ty Grady is pulled out of undercover work after his case blows up in his face. He’s cocky, abrasive, and indisputably the best at what he does. But when he’s paired with Special Agent Zane Garrett, it’s hate at first sight. Garrett is the perfect image of an agent: serious, sober, and focused, which makes their partnership a classic clich: total opposites, good cop-bad cop, the odd couple. They both know immediately that their partnership will pose more of an obstacle than the lack of evidence left by the murderer.Practically before their special assignment starts, the murderer strikes again this time at them. Now on the run, trying to track down a man who has focused on killing his pursuers, Grady and Garrett will have to figure out how to work together before they become two more notches in the murderer’s knife.

Hmmm. I’m not sure how I like the narration on this novel. At times Sawyer Allerde, a self-proclaimed “narrator specializing in Gay Fiction,” showed his narrating ability, at others, not so much. (I think I’m getting really spoiled by some of the excellent narrators out there.) While he did varying voices for other characters, I thought Zane and Ty’s voices were quite similar.

Not that I confused them, but I think that was due more to the writing chops of the two authors. In addition, his falsetto voices for the women – fortunately few and far between – were abysmal. He gets a little monotone at some pointsand I actually fell asleep listening once, something I rarely do. I guess when a character got pissed, I wanted Mr. Allerde to sound more pissed than he was, especially when the situation warranted it. If a character yells, I wanted him to yell.

Interestingly, I do think he did a good job infusing the sound of humor into both men’s voices, and still made their tones sound distinctly different from one another, something I consider tricky to do. I don’t think he elevates the story through-out, but I’d be willing to give him another chance. A good thing, too, because I already bought the second in this series.

I liked this story – the first in the Cut & Run series by authors Abigail Roux and Madeleine Urban – of two FBI agents on the trail of a serial killer, but I didn’t love it. Maybe it was hyped too much for me. I guessed who the killer was early on; regardless, I can say parts of the book were still exciting for me. This is yet another sign of the excellent writing present.

Though some of the issues pushed some of my personal buttons, I did like the relationship build between Zane and Ty; the set-up, the tenderness, the realism, the interaction, the dialogue, the dilemma. Not that I know, but I felt that this was a true relationship that two professional men working together would have – affectionate moments, differences of opinion, and all. It was conceivable that these two opposites – well written, distinct, complex personalities – would be attracted to one another. I just wanted them to be smarted than me.

The end was nicely done, as it wasn’t a cliffhanger, but left me wanting to go on with the series, to find out more about these characters. 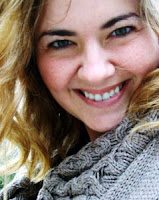