In New York Times best-selling author Darynda Jones’s Death, Doom and Detention, the normal part of Lorelei MacAlister’s life didn’t just slip away quietly the day Jared Kovach came to town. Nope. The normal part of her life shattered. It exploded. It burst into a gazillion shards of fleeting light. It went out with a bang. Goodbye normal. Hello dark and eerie.

While her best friend, Brooklyn, is focusing all of her energy on helping Lorelei hone her abilities, Lorelei is dealing with the reality that Satan’s second in command has taken up residence inside her body. Oh, and the fact that she has a crush on the Angel of Death. But what a beautiful death it is. If those weren’t bad enough, something sinister has come to town and it wants nothing more than to hear Lorelei’s dying breath as it strangles it out of her. Thank goodness the gang has a supernatural champion. But what happens when the only being who can save them switches sides midstream? How can a group of misfits capture one of the most powerful beings ever created? And will they find out how to bring Jared back to them before it’s too late?
©2013 Darynda Jones (P)2013 Macmillan Audio

For some reason in the first installment of the series, Death to the Girl Next Door, I couldn’t connect that well with the characters, but whatever I found wrong then, worked just right in this entry.

The world and the characters have become so much clearer to me than before, and this time I felt they have taken a life of their own. When I listened to the first book I couldn’t help to make comparisons to her adult series (Charley Davidson) which BTW, I absolutely adore! But not once I thought about it this time, from the very beginning I got engrossed, taken away, and completely submerged in the captivating world of Darklight.

Darynda Jones beautifully combined a cohesive tale of danger, suspense and darkness with the perfect amount of humor that it’s sure to keep you glued to your iPod.

Lorelei’s battle to save the world has gotten more perilous; there is something terribly wrong with the whole town. Negative energy is all around her; Jared has disappeared, and as her visions increase, the stakes have double in the fight against evil.  The new villain is evil, to the core, and he is relentless in his pursue.  Lorelei’s abilities will be put totest, and this time, will she have to do it on her own? Or will Jared comeback in time to save the day?

I’m starting to fall for Lorelei and Jared. I’m happy with the developments with the Angel of Death; we are beginning to get more depth in their relationship, as well as, with their feelings.

Amid her foreboding visions and the lies that are now coming to light, we see Lorelei become stronger, more mature, and well on her way to becoming a great little heroine.

I love the interaction between Lorelei in her friends; you really feel the comradeship and commitment to one another.

I feel I have to warn you; we do have a little bit of a cliffhanger, but for me, it just has heightened my anticipation for the next novel.

This is the second entry in the series, and I wouldn’t recommend jumping in right here, I feel you would be a little lost without all the events from Death to Girl Next Door. 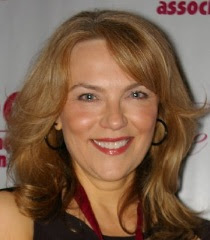 I was a little worried about listening to the same narrator back to back, but not even five minutes into the novel I had forgotten everything about my previous listen, and thanks again to the accurate depiction by Lorelei King of the world and its characters, I was transported to the setting and lead to experience all range of emotions that made me feel as if 7 hrs had gone by in 10 minutes.

Again, Mrs. King does an excellent job capturing Lorelei’s personality, as well as the personalities of the remaining cast in a clear and distinct manner.
My only small complaint is Jared’s voice; I feel he sounds a little old for someone that’s impersonating a teenage boy; however, Mrs. King beautifully captures his dark and mysterious personality,  but that’s just me, and it’s not a big deal, the action, humor and suspense don’t’ give you time to be distracted by such small detail.

All in all,  This is  a fabulous listen, brought to you by two incredible story tellers.

I like to thank the Author, Darynda Jones, for providing me with a copy of the Audiobook in exchange for an honest review.