Review of: The Madness of Lord Ian Mackenzie Aidobook

The year is 1881. Meet the Mackenzie family–rich, powerful, dangerous, eccentric. A lady couldn’t be seen with them without ruin. Rumors surround them–of tragic violence, of their mistresses, of their dark appetites, of scandals that set England and Scotland abuzz.

The youngest brother, Ian, known as the Mad Mackenzie, spent most of his young life in an asylum, and everyone agrees he is decidedly odd. He’s also hard and handsome and has a penchant for Ming pottery and beautiful women.

Beth Ackerley, widow, has recently come into a fortune. She has decided that she wants no more drama in her life. She was raised in drama–an alcoholic father who drove them into the workhouse, a frail mother she had to nurse until her death, a fussy old lady she became constant companion to. No, she wants to take her money and find peace, to travel, to learn art, to sit back and fondly remember her brief but happy marriage to her late husband.

And then Ian Mackenzie decides he wants her.

March 27, 2012 was for me one of the most anticipated book dates of the year, so as the clock ticked towards midnight I couldn’t hold my excitement, I couldn’t wait to finally fill my greedy little ears with Lover Reborn and the awesome narrator Jim Frangione, unfortunately, the audiobook wasn’t available for download until a couple days later, so I was left feeling like I had been stood up on prom night as in one those shitty teen dramas.

With great disappointment, I started looking through the new releases, and what a great surprise (I’ve forgotten all about its release) it was when to found The Madness of Lord Ian Mackenzie among that Tuesday’s releases, I have to say, it saved the day.

Who knew that being odd could so be hot?!

I love, love the way Ms. Ashley took this unconventional hero and turned him into one my most endearing characters, and hopefully one of yours.

Institutionalized since the age of twelve, Ian Mackenzie is brilliant to the point that borderlines madness, but thanks to his brother intervention he was rescued, and  has being living a semi normal life, that is, until Beth Ackerly walks into his life.

Once thing Lord Ian knows, is how to value, and the authenticity of a treasure, and when he meets Beth for the first time, he immediately recognizes her worth, and he’s determined not to let it go to waste with her broke and unappreciative fiancé́. With tunnel vision and uncompromising determination he decides, he will make Beth his wife.

Beth is a nice complement to Ian, and one of the few people that quickly recognized his brilliance, and she undoubtedly helps him bring it to the front.

But things are never easy, are they?

With that, we get a story with so many elements that won’t allow you and won’t want to pause for a minute. This novel has it all; mystery, murder, entertaining dialog, humor, a nicely paced and scorching romance (did I say I love Ian?) not to mention great secondary characters that will have you coming back for more, which btw, I haven’t done yet, but I assure you that I’m highly anticipating the next audio release.

This was a fantastic introduction to the series, and a must listen for all Historical Romance fans. 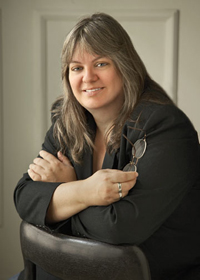 When I found out that Angela Dawe was going to be narrating this novel, I had to admit I have doubts, no because she’s not a capable narrator, but because I had envision how nicely Susan Ericksen would have brought this novel to life.
But what do I know? It turns out that Angela Dawe was the perfect choice; she beautifully and with commended accuracy brought the characters and the story to life.
Angela’s tone, pace and approach were precisely what the story demanded.
I had no problem at all distinguishing the voices; the only small flaw I found was her Scottish accents, let’s just say I’ve heard better; nevertheless, this was a very good performance.

Voices behind the book 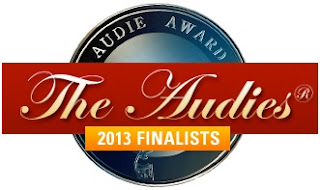