Categories
Pages
Home » Reviews » The Duke is Mine Audiobook »

The Duke is Mine Audiobook

Review of: The Duke is Mine Audiobook 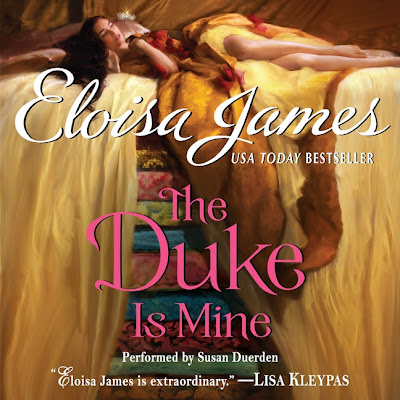 He is a duke in search of a perfect bride. She is a lady—but a long way from perfect.

Tarquin, the powerful Duke of Sconce, knows perfectly well that the decorous and fashionably slender Georgiana Lytton will make him a proper duchess. So why can’t he stop thinking about her twin sister, the curvy, headstrong, and altogether unconventional Olivia? Not only is Olivia betrothed to another man, but their improper, albeit intoxicating, flirtation makes her unsuitability all the more clear.Determined to make a perfect match, he methodically cuts Olivia from his thoughts, allowing logic and duty to triumph over passion…Until, in his darkest hour, Tarquin begins to question whether perfection has anything to do with love.To win Olivia’s hand he would have to give up all the beliefs he holds most dear, and surrender heart, body and soul…Unless it’s already too late.  This sexy, witty version of The Princess and the Pea turns the classic fairy tale into an enticing, funny, and moving romance.

I’m glad I didn’t let the not so kind reviews influenced my decision to purchase and listen to this audiobook.

The previous book in the series “When Beauty Tame the Beast” was one of my favorite’s reads of 2010, but the audiobook wasn’t released until last year. I’m certainly planning a re- visit via audio.

Olivia (heroine) is engaged to be married to Rupert, son of The Duke of Canterwick; this arrangement was made by their fathers before Olivia and Rupert were born.

Sadly, Rupert was damaged at birth, and as a consequence he is  a little intellectually challenged. Although Olivia feels affection towards Rupert, he is not what she wants for a husband.

But now istime for Olivia to accept her destiny and family wishes and become Rupert’s wife and ultimately a Duchess, a dream her parents have pursuit since before their daughters were born.

But it seems that all those years of training and grooming to make them into proper Duchesses have failed with Olivia-not only is she not as slender or graceful as her twin sister Georgiana, but she also has a smart mouth that gets  her in trouble (I’m afraid with some of the readers too).

When Rupert decides to go to war to prove his self-worth, Olivia is resigned to the idea that they will marry when he returns.

The mother of the Duke of Sconce has decided the Georgiana would make the perfect Duchess for her son, but when Olivia accompanies her sister to a visit with the duke, things will inevitably change for Olivia.

Under his mothers protest and against her wishes, Tarquin (Duke of Sconce) can’t help but to become quite taken with Olivia.

I don’t ask a lot from my romance reads/listens; all I want is genuine chemistry between the protagonists, likable- believable characters, a story worthy of their romance and some sexual tension to go with it all. I certainly got it all with The Duke is Mine.

Tarquin was the perfect hero… Olivia?…. Not so much, but she undoubtedly redeems herself with her actions, and that’s why the duke and I like her so much.

To all historical romance fans: don’t let the unfavorable reviews of the printed book discouraged from enjoying this audiobook. You won’t be disappointed.

When I first started listening to this audiobook I wasn’t  convinced by Ms. Duerden’s approach. I found myself a little distracted by her melodious tone.  But when the dialogue commenced, and interpretations of the characters begun I became utterly enthralled with her delivery.

The characters came to life in a way that undoubtedly conveyed their personality and like-ability.

With the perfect temper and manner, Olivia and Tarquin were nicely depicted. The distinctive voices for the remaining characters leave you no doubts about the acting training and the ability of Susan Duerden to accurately bring these stories to life. 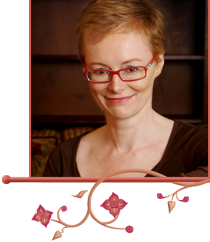 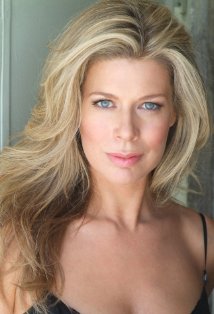 The Duke is Mine Audiobook