Review of: Edge of Dawn Audiobook 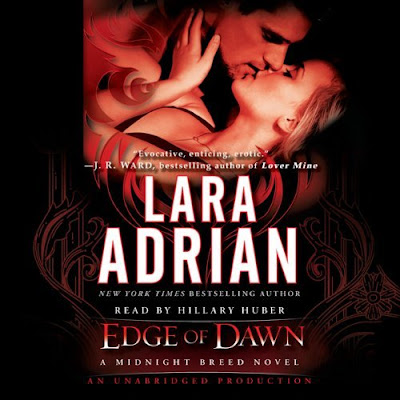 In this pulse-pounding and thrillingly sensual novel, New York Times best-selling author Lara Adrian returns to the mesmerizing world of the Midnight Breed, following new characters into a dark future where an uneasy peace can unravel into war – and a great betrayal can mask an all-consuming love.
Twenty years after the terror of First Dawn – when mankind learned that vampires lived secretly among them – the threat of violence reigns as the two species struggle to coexist. The only group preserving the fragile harmony is the Order, an elite cadre of Breed warriors dedicated to protecting humans and vampires alike. And in this precarious world of torn loyalties and shattered trust, Mira, a fiery squad captain, finds that every fight bears an intensely personal cost.
Raised among the Order, Mira has always believed in the warrior’s code of swift – and even lethal – justice. But the one thing she desires more than the Order’s hard-won acceptance is Kellan Archer, a sexy but troubled Breed fighter. In love with him since childhood, Mira once broke through his tough exterior during an unexpected night of rapture, but the next day he mysteriously disappeared, never to return.
Kellan didn’t think he would ever see Mira again – or have to confront the truth of why he left. After abandoning the Order years ago, he now leads a band of human rebels intent on carrying out their own vigilante rule of law. Yet a high-profile kidnapping assignment brings him face-to-face with the past he sought to avoid, and the striking woman he has tried desperately to forget. And as tensions mount and the risk of bloodshed grows, Kellan and Mira must take sides – between the competing missions that dominate their lives, and the electrifying passion that claims their hearts.
©2013 Lara Adrian (P)2013 Random House Audio

Fast forward a couple decades and you’ll find yourself in a new, but just as enthralling world of the Midnight Breeds, a lot has happened since Darker after Midnight. The breed is not longer a secret, and naturally, new dangers and enemies are on the plate.

Mira is now a beautiful, strong and a smart woman, but losing her childhood best friend and lover, Kellan Archer, in an attack by human revels, has left her feeling broken and with one gold in  mind…… Capture and punish those humans responsible for her desolation.

But her love for Kellan will be put to the ultimate test when she finds him, not only not dead, but as the head of a group of human revels.

Her feelings of betrayal against her deep love for Kellan will prove her hardest battle.

Kellan Archer has turned into the perfect alpha male, and together with Mira make the pages sizzle, providing us with a so much needed relief from this crazy but engrossing ride.

I love it when I can’t let go of a novel from the moment the first word is uttered.  Lara Adrian wasn’t going to let this series get stale, and in this 11th entry we find out how much so.

With the same ability she has shown in her previous novels she beautifully weaves a tale full of excitement, mystery,  politics and with the same sensuality that keeps the romance reader/listener coming back.  She has re-created the world, and this time there’s no bogeyman, but a new enemy that it’s sure to keep the Breed (yes! They are all still here) on their toes while providing us with nail biting scenes that will keep us on the lookout for the next novel.

It’s a new generation of warriors that seem to be making our old heroes very proud.

I highly recommend this series in its entirety.  It’s never too late to start enjoying this ride, that brought to you by the talented narrator Hillary Huber will provide you with hours of great entertainment.

In conclusion, this is a terrific entry to the Midnight Breeds and fabulous listen. 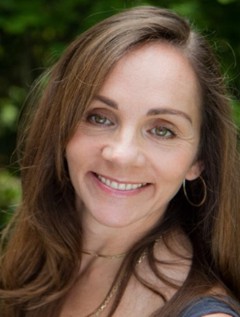 Again, Hillary Huber does a fantastic job. Her interpretation yields a very likable heroine with the perfect combination of strength and vulnerability. I know that I often repeat myself when it comes to the heroine, but an unbalance approach can easily produce an unlikable heroine; sometimes too tough or sometimes too weak, but Hillary Huber always seems to take the right approach.

And where she gets all great marks it’s in the way she delivers the male characters, not to mention the consistency in which she brings all our beloved heroes back as they keep making appearances from time to time.

Her tempo, pace, and tone are perfect to convey the mood of the novel, the urgency and suspense are perfectly transmitted to the listener without neglecting attention to the sensual scenes.

All in all, this is another excellent performance by Hilary Huber. 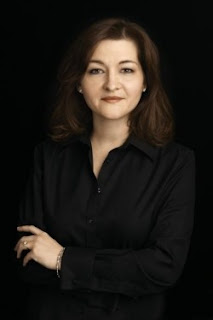