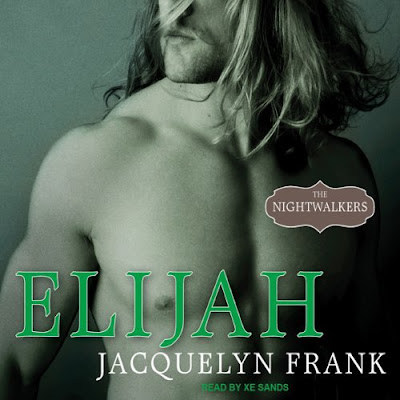 Some feelings you just can’t fight.

He is known as the Warrior Captain – a master of every weapon, a fierce soldier sworn to protect his kind. Powerful, relentless, merciless, Elijah has always won every battle he’s ever taken on – until now. Ambushed by necromancers, he is left for dead only to be discovered by the woman who could very well deliver the final blow: Siena, the Lycanthrope Queen.

With three centuries of warring, little more than a decade of uneasy peace has existed between the Lycanthropes and Elijah’s people. Now, after a lifetime of suspicion, the warrior in Elijah is consumed with a different battle – winning Siena’s heart by giving her pleasure beyond all boundaries. What starts as attraction and arousal soon burns into a passion with consequences that will echo through the ages for both their people. And as would-be enemies become inseparable lovers, another threat approaches, one with the power to destroy them all.

Sometimes you read a book that just hits you the right way, and this was exactly the case with Elijah,third installment in the Nightwalkers series. I read this book a few years back, and it’s my favorite of the series, closely follow by Damien, the next book in the series. Afraid of disappointment, I approached the audio version of this series with caution, but after listening to the fabulous job by Xe Sands with Jacob, I was just excited to revisit this book.

I don’t consider this entry the best of the series in terms of the plot. My rating for this novel comes solely from the fact that I utterly and fully felt in love with Siena and Elijah; it’s as simple as that. I’m most likely ignoring some of the book’s flaws by my partiality towards their romance. From the moment these two protagonists met in the previous book I felt their real and unquestionable chemistry, and when I finally got my hands on the book I loved every minute of it. The struggle they undergo to overcome their differences make their moments together steamy, erotic, spontaneous, tender, scorching hot and explosive. Elijah, the Demon Captain, is an alpha male through and through, but he’s not afraid to back down from the sometimes temperamental, Siena Queen of the Lycanthropes. I love them together as well as independently. They are both strong and determined leaders.

Sienna’s reluctance to accept a relationship with a being that belongs to a race that not so long ago was her species  fiercest enemy  gives the romance a compelling spin and one that brings out your emotions.

My praise of Jacquelyn Frank is all about her character development; I feel completely invested in this group of supernatural beings, cheering their romantic endeavors as well as the defeat of their enemies, especially the detestable and evil Ruth, whose demised I’m impatiently awaiting. Ruth is a fabulous creation as villains go, and as a justifiable target of loathing and hatred she definitely defines the line between good and evil.

The ongoing plot makes the constant presence of past characters possible; allowing the reader/listener to keep up with their progress. There is enough forward movement in the plot as Ms. Frank takes us deeper into this dark world that keeps the action exciting, and the introduction of  a  new species, promises exciting developments in the books to come.

Xe Sands has done it again!! And I didn’t have any doubts to the contrary, especially after her great performance with Jacob (first of this series). The complete grasp of these characters and the world is clearly conveyed by her rendition.

The long introduction at the beginning of this book takes a completely different tone with the soft, sensual, never intrusive or jarring voice of Ms. Sands that allows  the listener to be  completely submerged in the story forgetting a times the fact that it’s being read by some else, that in and  of itself is a tremendous achievement for a narrator and most definitely accomplished by Ms. Sands with the narration parts of this book.

Again the male voices are impressive, no complaints at all with her portrayal on Elijah, his personalty was beautifully brought to life. Siena’s Russian accent, although not the best I’ve listened to, was compensated by  the manner it was delivered, clearly communicating her strong willed personalty.

All in all, this was an excellent performance by Xe Sands.
An average of 4.73 stars on audible.com speaks for itself and it’s pretty impressive thus far. 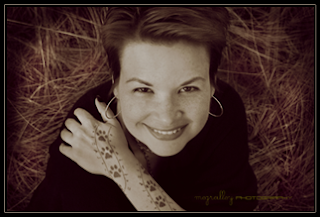 Xe Sands on her preparations for the Nightwalkers Series