A man and a woman tread the lines of danger, desire, and deliverance in the new novel of the Fallen Angels from the #1 New York Times bestselling author of the Black Dagger Brotherhood series….

As the son of a serial killer, homicide detective Thomas “Veck” DelVecchio, Jr., grew up in the shadow of evil. Now, on the knife-edge between civic duty and blind retribution, he atones for the sins of his father—while fighting his inner demons. Assigned to monitor Veck is Internal Affairs officer Sophia Reilly, whose interest in him is both professional and arousingly personal. And Veck and Sophia have another link: Jim Heron, a mysterious stranger with too many answers…to questions that are deadly. When Veck and Sophia are drawn into the ultimate battle between good and evil, their fallen angel savior is the only thing that stands between them and eternal damnation.

Alright, so this series didn’t start with the bang that The Black Dagger Brotherhood did, but I must tell you, this series is certainly getting better and better, and J.R. Ward shows us with this novel that not only can she hold us captive to the BDB world, but she’s more than capable of doing it again with her Fallen Angel’s world and its characters.

Veck (Thomas DelVecchio) a member of the Caldwell PD finds himself covered in blood in the middle of a horrific crime scene, where the serial killer Kronos has been the victim. Unable to excused himself from being the culprit, he believes he has finally given in to his inner demons and the dark nature he’s convinced he has inherited from his father (one the most notorious and inhuman serial killers of our time) has finally reared its ugly head, his internal turmoil is never ending, and to make matters worse, now he has to fight his attraction to his new Partner, Sophia Really.

The Internal affairs department has sent Ms. Reilly  to investigate agent Veck’s involvement in the crime against Kronos, and now she has a dilemma of her own when she finds herself unavoidably attracted to the target of her investigation, and she has to decide to believe in his innocence or guilt.

In the brilliant way,  that J. R. Ward is managing and weaving the crossroads, Jim, our tough- kick ass angel will traverse paths with our hero, who has been sent in the company of his new partner Sophia Reilly, to investigate the disappearance of Sissy (a girl killed by Davina, on the first book, Covet), This is the same girl that has our Angel  Jim, obsessing over the discovery of her body with the ultimate goal of taking her soul back from the  evil Davina, but  his myopic focus in causing  a lot friction among his peers. This fantastic entwine  delivers an exciting, enthralling and imaginative plot, that will grab your attention from beginning to end.
A big part of the story is dedicated to Ad, Eddy and Jim’s drama that bring about a few off the charts scenes that are definitely not for the tender ears.

Just like many fans of the Black Dagger Brotherhood series, I found the initial book of the series a little dull, oh! But not this one! J.R. Ward has certainly delivered in all fronts; this is cohesive and tight plot with very well developed characters, and the sensuality is hotter than ever.

All in all a solid entry to the series, and the hints we get towards the next installment are already making me wish the time way.

Eric G. Dove does a good job bringing these characters and story to life, not in the dramatic way of Jim Frangione (narrator of the Black Dagger Brotherhood) but in a matter fact tone that gives this world its own vibe.

His approach to the sensuality in this book is excellent, the tone and matter of delivery of all male characters are very good, plenty of variations, my biggest complaint is the very little distinction between the female voices, but it’s not bothersome enough to distract you from the story, within a few minutes of listening you find yourself completely absorbed, and entirely disregarding the sometimes unemotional tone of Mr. Dove.

Ultimately, I highly recommend this audiobook, in my opinion, the best one of the series thus far. 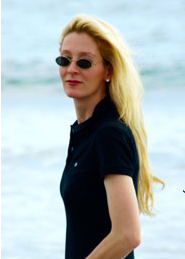 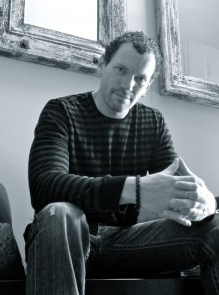