When literature student Anastasia Steele is drafted to interview the successful young entrepreneur Christian Grey for her campus magazine, she finds him attractive, enigmatic and intimidating. Convinced their meeting went badly, she tries to put Grey out of her mind – until he happens to turn up at the out-of-town hardware store where she works part-time.

The unworldly, innocent Ana is shocked to realize she wants this man, and when he warns her to keep her distance it only makes her more desperate to get close to him. Unable to resist Ana’s quiet beauty, wit, and independent spirit, Grey admits he wants her – but on his own terms.

Can their relationship transcend physical passion? Will Ana find it in herself to submit to the self-indulgent Master? And if she does, will she still love what she finds?

I always have an open mind  about everything that goes on between consenting adults; however, I’ve always thought there’s something quite wrong if you feel the need to receive or induce pain to gain pleasure…But that’s just me… honestly, I just don’t understand it, nor do I want to understand it.

With that said, and in that mindset, I started to read the books.

And what can I say? I immediately got drawn, captivated and lost. I never stop reading until I finished the last book in the trilogy.

Ana is an innocent college student; she’s book smart, witty and beautiful, yet at 21 she’s still completely naive about the romantic and sexual world.

When Ana Steel was asked to fill in for her roommate and interview the illusive, powerful and the super-rich benefactor of their school, she never imagined how her world would collide with the darker, seductive and downright scary  ways of Christian Grey.

It’s difficult to recommend this novel, as the nature of sex scenes may all too easily become the appalling focus, overshadowing the unyielding, uncompromising and fascinating dynamics of Christian and Anastasia love story.

For me, this was a psychological thriller and one the most complex romances I’ve ever read, and yes, is sensual, way sensual, you can be sure of that.

I understood the hesitation of the protagonist  to go running for the hills when confronted with the demands, the insatiable need to control and the sadistic tendencies of the beautiful, and  charming Christian Grey, who at the aged 27 has never known any other kind world, but the dark and loveless he’s lived in since a very young age- this, compounded by a compelling childhood trauma have inevitably warped his relationships and personality….. Yes, he’s broken… 50 ways broken…. In Fifty Shades Darker, we begin to see  the whys and hows….. And my heart just breaks.

Can love really conquer all? Fifty Shades Freed brings  closure to their story, and although I still enjoyed it  tremendously, it’s my least favorite in the trilogy.

This might not be the best written books out there, or  what so many say “just a copy of twilight” I really don’t care what they are or what they are not, for me, these were some of the most engrossing reads I had in a long time.

Like I mentioned before, the sex scenes are explicit and numerous, you got to keep in mind that after all these are EROTICA NOVELS; however, the story it’s so much more than that, I for one was captivated by their daily interactions and the complexity of their relationship, and yes, I came to understand and feel for the broken, sad creature that is Christian Grey.

I found their story enthralling, sensual, tender, humorous, fascinating, uncomfortable and at times exhausting, but above all deeply absorbing. Now instead of be grouching the novel’s popularity I’m glad for it, otherwise; I would have never picked them up. 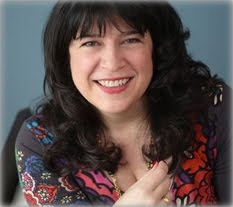 I downloaded the Audiobook the day it came out….And HOLY CRAP!!! What a disappointment, I couldn’t believe my ears when the voice and the tone of the narrator sounded like a teenage girl, aware of the nature of the novel I was completely appalled, I couldn’t make it pass the second chapter, but when a friend reassured the Anna was 21 years-old I gave it another shot – that time I lasted until chapter 5.

Even though it’s not that much better, I did find it a little more tolerable, and I did manage to enjoy it, unfortunately in their efforts to make Anna sound older, they took all the emotions from the novel, now I wish they never touched it.

The male voices aren’t the greatest- they seem forced and unnatural, and the slow pace takes away some enjoyment. Lucky for me, I already had a firm idea of what the characters should sound like, and of my likes and dislikes for their personality, however; I only listened when I wasn’t able to read.

So, I do not recommend the Audiobooks. The first novel is the most important, and I do believe it should be read instead of listen to, and then you might be able to jump to book 2 and 3 on audio.

I’m sure Ms. Bottoe is a very competent narrator, but I do think this was an incompetent casting choice.

I would have never loved the novels the way I did, if I had just listened instead of reading them.