Halfway To The Grave Audiobook

Review of: Halfway to the Grave

Halfway to the Grave Audiobook 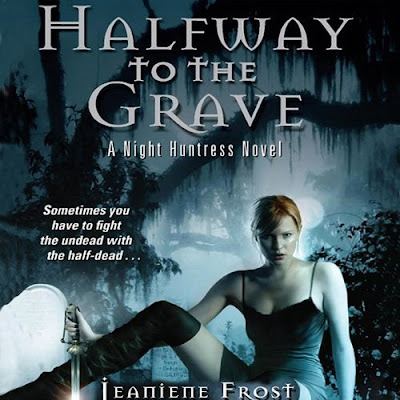 Half-vampire Catherine Crawfield is going after the undead with a vengeance, hoping that one of these deadbeats is her father—the one responsible for ruining her mother’s life. Then she’s captured by Bones, a vampire bounty hunter, and is forced into an unlikely partnership.

In exchange for help finding her father, Cat agrees to train with the sexy night stalker until her battle reflexes are as sharp as his fangs. She’s amazed she doesn’t end up as his dinner…are there actually good vampires? Pretty soon, Bones will have her convinced that being half-dead doesn’t have to be all bad. But before she can enjoy her status as kick-ass demon hunter, Cat and Bones are pursued by a group of killers. Now Cat will have to choose a side…and Bones is turning out to be as tempting as any man with a heartbeat.

This is the first installment of the Night Huntress series and a great introduction to a new spin on the vampire hunter theme and one worth investing yourself in, you will not be disappointed especially if you are a fan of Kim Harrison, Patricia Briggs or Ilona Andrews.

I’ve read this a few years back before I listened to it on audio; these audio books were just published in 2010. This series contains five books with the next installment, One Grave at the Time; scheduled for released on August 30, 2011.

In Halfway to the Grave, we meet Catherine Crawfield, Cat for short, a half human half vampire, who was born from a not so pleasant union between her human mother and a vampire.

Cat grew up feeling something about her was very wrong and different, she had certain abilities that weren’t quite human, this forced her to live a very lonely existence, when she finally finds out the truth about her origin she starts spending every night in bars hunting vampires, this not only helps her satisfy her mother need for vengeance, but it also helps her feel better about the evil half she believes to possess.

Cat keeps living a very solitary existence, until she meets Bones, a 200 year old English vampire bounty hunter and a much more experienced one. Bones has worldly air about him that makes him a very attractive sultry and an exceptionally interesting character.

Bones proposes an alluring alliance to Cat, and when she finds herself very attracted to this undead sexy bloodsucker she struggles with her core beliefs of good and evil.

Cat sounded a little whiny at times; this made it a little harder for me to like her right from the get-go, but this didn’t take anything away from the enjoyment of the book, in fact, by the end I found myself to be vastly invested in Cat’s character, and very much looking forward to the next installment.

This is not a straightforward Urban Fantasy, I find it close to a Paranormal Romance genre, all the same, this book is extremely engaging and entertaining,well written with very fascinating characters, plus all the elements that you expect to find in these genres are definitely present; suspense, action packed from the very start, hot- sexy scenes, a sexy alpha lead, a kick ass heroine and a sweet romance story.
4.25  stars, based on 1432 ratings on audible.com

Despite the expertly and right on target execution by Tavia Gilbert, I’m unable to give this audio book an excellent rating, the performance of Bone’s voice left me very disappointed, she gave him a Cockney accent that didn’t match at all the character’s personality; he didn’t sound anything like I expected, I felt it was missing the self confidence, masculinity and mostly the sexiness. Bones is a terrific character, and one of the biggest attractions of the book . I hated that he sounded a bit whiny, don’t get me wrong, I know he shouldn’t have sounded like an English noble, but I definitely expected more self assurance in his tone.
I have to admit  that she did an excellent job with the rest of the voices, especially with Cat, I found her a lot more likable and sympathetic, the tone and delivery of the story was flawless – I just wish somebody had told her NO! That’s not how Bones is supposed to sound like! And if that’s how  his voice was intended to sound like, I liked it so much better the way I’d imagined it.
This is my first audio book by Tavia Gilbert, and I can tell she’s an excellent narrator. I will listen to One grave At the Time on audio, maybe I won’t find Bone’s voice as annoying anymore.
On the other hand, if you never read the book you might not mind so much the way Bones sounds, it’s easier to accept and believe the voices when you don’t have a preconceived notion of what the characters should sound like, you should be able to enjoy to the max this terrific and outstanding Urban Fantasy, as you can see from the ratings, it has been widely enjoyed. 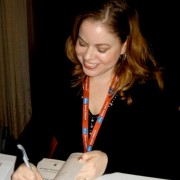 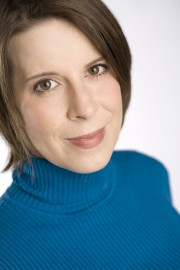 For a more detail review of the plot visit:

Halfway To The Grave Audiobook