Second Grave On The Left Audiobook

Review of: Second Grave On The Left Audiobook

Second Grave on the Left Audiobook 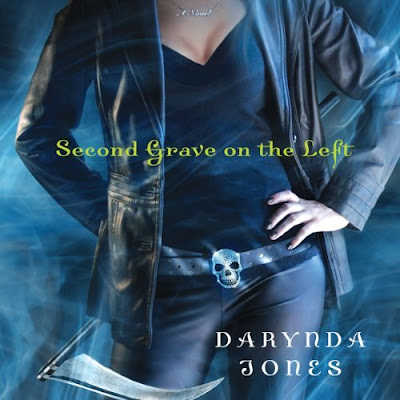 Charley Davidson, Grim Reaper Extraordinaire, is back in this sexy, suspenseful novel of supernatural shenanigans.

When Charley is rudely awakened in the middle of the night by her best friend who tells her to get dressed quickly and tosses clothes out of the closet at her, she can’t help but wonder what Cookie’s up to. Leather scrunch boots with a floral miniskirt? Together? Seriously?

Cookie explains that a friend of hers named Mimi disappeared five days earlier and that she just got a text from her setting up a meet at a coffee shop downtown. They show up at the coffee shop, but no Mimi. But Charley finds a message on the bathroom wall. Mimi left a clue, a woman’s name. Mimi’s husband explains that his wife had been acting strange since she found out an old friend of hers from high school had been found murdered a couple weeks prior. The same woman Mimi had named in her message.

Meanwhile, Reyes Alexander Farrow (otherwise known as the Son of Satan. Yes. Literally) has left his corporeal body and is haunting Charley. He’s left his body because he’s being tortured by demons who want to lure Charley closer. But Reyes can’t let that happen. Because if the demons get to Charley, they’ll have a portal to heaven. And if they have a portal to heaven… well, let’s just say it wouldn’t be pretty. Can Charley handle hot nights with Reyes and even hotter days tracking down a missing woman? Will Cookie ever get a true fashion sense? And is there enough coffee and chocolate in the world to fuel them as they do?

Wow!  This is an impressive follow-up to FIRST GRAVE ON THE RIGHT. Darynda Jones delivered without skipping a beat. If you love the first book in the Charley Davidson’s series, you will love this new addition even more. If you are new to the series, although is not extremely important to start with the first book, I say why not? Why pass on a downright entertaining listen that is only going to enhance the enjoyment of this entry.

Sookie, Stephanie Plum! Move over girls!! There’s a new girl in town! And NO! This is not a bumper sticker! This is exactly how I feel about this fabulous creation by Darynda Jones.

Charley Davidson possesses all the qualities I love in a protagonist; she’s sassy, smart, courageous and totally relatable, as a part time PI and full time grim reaper she’s put in situations that exploit the best of her character, and her sarcastic and self deprecating sense of humor add a delightful, humorous side to this story, that otherwise could be perceived as dark; instead we get a wonderful blend of both worlds, with a different and fresh approach to the urban fantasy genre, or is it Paranormal romance or is it mystery? Don’t know, hard to box this series in any of those three genres.

I won’t go much into the plot, except to tell you how superbly Ms. Jones is weaving and maneuvering this engaging and exciting world with new mysteries and the ever present one about Reyes, Oh yea! Reyes, things aren’t going so great for our sexy, mysterious man.

The heroine being pulled out in so many directions, between her PI work, Reyes dilemma and a family matter that brings emotionally charged moments, have build a plot impossible to put down that takes you on an incredibly exhilarating, humorous and entertaining ride, and as if that wasn’t enough  the exquisite sexual tension between Charley and the mystifying and enigmatic Reyes is hotter than ever, this combined with Charley’s clever inner dialogue make this book and series a worthwhile read/listen, you won’t be disappointed.

Ultimately, this is great second entry to the series, and where you really start to get invested in this ensemble of dead and alive characters so brilliantly put together.
The interview with the author and the first chapter of Dead Grave Ahead  is a great added bonus to this audiobook.

If you are not a fan of cliffhangers, be warned, we are left  on what I call a heighten state of anticipation for the next book. I really feel bad when readers give a book a real bad rating  because they got surprised by the cliffhanger.

Yet another example of Lorelei King’s talent, her perfect approach and execution of these novels is nothing short of fantastic, I think she found the ideal blend of, Mercy (Mercy Thompson series) and Stephanie Plum (Stephanie Plum series) to perform Charley’s POV, giving her a unique tone and personality, one that brings her to life better matched than our inner voice, which is close to impossible to do, but my God she’s done it with Charley.

Charley’s inner dialogue is delightfully carried out, wholly conveying the humor and sarcasm, in a manner that yields a very likable character; simple and real and never over the top. Reye’s voice is perfect; his mysterious and sexy manner is absolutely believable and hot. She also gives the remaining cast of secondary characters a unique take not only with their voices but with their overall delivery.

The timing, approach and pace, are perfect for the story.

The Mercy Thompson and the Stephanie Plum series are also narrated by this incredibly talented artist and are two of my favorite series, common denominator? Lorelei King! 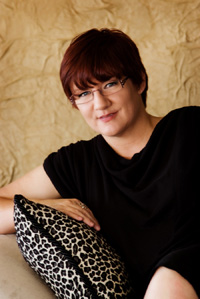 For a more detailed review of the plot visit:

Second Grave On The Left Audiobook