Review of: The Demon You know Audiobook

As a research grunt at a local television station, Abby Baker tends to blend into the background, which is where she’s most comfortable. But when she ends up being the last resort to cover a hot story, Abby discovers a whole new side to her personality when she is possessed by a fiend–a type of rogue demon. Suddenly everyone wants a piece of her. And now the demon Rule–also a hunter of his own kind who have gone astray–is Abby’s only hope…

Meanwhile, the Others–vampires, werewolves, and witches, oh my!–have come out of the supernatural closet and the rest of the humans are all aflutter. Mischief is afoot in the demon realm, and Rule knows that Abby is key to figuring it all out before the fiends tip the fragile balance between the newly-discovered Others and the humans over into an epic battle. Now it’s up to two lost souls to make love, not war. 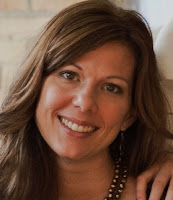 I will start this review by saying that it was highly recommended by an author I adore (Eloisa James) and whose book recommendations have always been spot-on for me. So, because I am a chronological order kind of gal, I started with book 1 in this series (A Wolf at the Door). The characters just didn’t engage me for some reason. So, I scrapped it, deviated from my usual “in order” frame of mind and began listening to The Demon You Know. I was not at all disappointed.

Although it is the third in the series, Ms. Warren does a fine job of creating a storyline and involving past characters without leaving you scratching your head saying “Huh? Did I miss something?” She starts the story in the office of Rafael DeSantos, Felix (aka head honcho) for The Council of Others. Our demon hero, Rule, has come to DeSantos to discuss a potentially disastrous situation involving a rogue Fiend, a spell that could start a war and a super-evil (is there any other kind really?) ambitious Fiend lord. DeSantos: “So, what is it that has finally brought you back to us?” Rule: “I…seem to be missing a fiend”. Right away, I was intrigued.

Unbeknownst to her, Abby Baker, is about to become a victim of THE ultimate case of “wrong place, wrong time”. Enter: multiple Fiends (demon-ish type beings), the Council of Others, a soldier of the Watch (police force of Below aka Hell) and many other fantastic characters. They embark on a mission to stop the Fiend Uzkiel from using Abby’s body to start a war Below.

Although there seems to be a saturation of fantasy/urban romantic fiction books being published these days, Ms. Warren keeps the story fresh and the characters are easy to fall in love with. . She builds these characters. She doesn’t just plop them in and hope we take a liking to them. This, in my opinion, is what makes for a great series. When Abby and Rule first meet, it is under some not-so-favorable circumstances. He is trying to do his job by exorcising Lou, she’s in denial and not being very cooperativeand ultimately they come to a stalemate. Abby has no choice but to be taken to Vircolac (a fancy-shmancy club and headquarters for the Council of Others), placed under house arrest and hidden away until she is out of danger. Needless to say, she’s a pretty unhappy chica and blames Rule. I love that they don’t take one look at each other and BAM! they are in love and soon after, in bed. Their friendship grows , their attraction growsand Rule’s protective instincts turn a little more possessive. Abby has had very little “experience” and when they find themselves sharing a hot kiss….she realizes that Rule can teach her a thing or two. I do want to note, however, I did find it a little curious that after living as a bachelor for over 1000 years, Rule decides that Abby is THE woman for him after one steamy night together. But, it is romance…and fiction…and quite honestly expected. So, not a big deal but something that did come to mind.

The climax of Rule and Abby’s journey doesn’t just happen at a random warehouse in New York…it happens at a warehouse with a wicked history. It doesn’t just end in a bloodbath of mythical proportions…it ends with some mind games and a lotta love. Ofcourse goodness prevails, as always. But it’s not predictable or eye-roll inducing or cookie cutter. And with the help of Kate Reading’s fantastic narration, it is enjoyable and refreshing and laugh-out-loud funny. She does an excellent job distinguishing between characters. I love her inflections and interpretation of Abby’s (sometimes) snarky nature. Some may become annoyed with a few signature inflections she usesbut I find it perfect for a book involving characters who regularly use humor and sarcasm in their dialogue. Overall, I fully enjoyed listening to this book and am already listening to book four, Howl at the Moon. 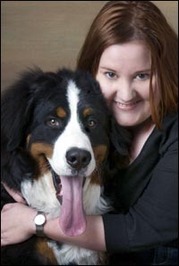 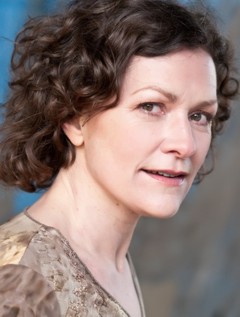