Review of: The Wardlord Wants Forever 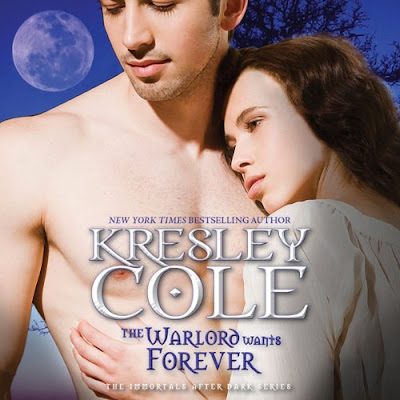 Immortals After Dark-Book 0.5 (Novella)
Whispersync for Voice-ready
3hrs and 58mins

Nikolai Wroth, once a ruthless human warlord in the 1700s and now a general in the rebel vampire army, needs to find his Bride, the one woman who can render him truly alive. As a turned human, he doesn’t enjoy a heartbeat or breaths and is consequently weaker than fully blooded vampires. He wants his Bride for the power she will bring him and can hardly believe it when his heart beats for Myst the Coveted, a mad, fey, mythological creature. Myst is known throughout the world as the most beautiful Valkyrie, part chillingly fierce warrior, part beguiling seductress who can “make you want her even as she’s killing you.” She has devoted her life to protecting an ancient, powerful jewel and to fighting the vampires, and she now sees a way to torment one—for with Wroth’s heartbeat comes consuming sexual desire that can only be slaked by her.She eludes him for five years, but he has finally chased her to ground and stolen the jewel which commands her, giving him absolute power over her. While he possesses it, he can make her do anything, and he plans to in order for her to experience first hand the agonizing, unending lust she’d purposely subjected him to for half a decade. Yet when Wroth realizes he wants more from her and frees her, will she come back to him?

I couldn’t wait to download and start listening to this audio book; I was so excited when a found out about the audio released of another one of my favorites Paranormal Romance series.

The Warlord Wants Forever is a novella originally published as part of the anthology, Playing Easy to Get. I’m a huge fan of Kresley Cole; I remember purchasing this book, just for this particular title, I was already in the fifth book in the series before I found out about its existence. This short novella was the debut and the birth of the vastly popular series, Immortals after Dark.

To all Paranormal Romance fans out there that haven’t yet enjoyed this fantastic world, packed with scorching hot alpha males, kick- ass heroines (I love these women) and an intricate, suspenseful and completely engrossing plot in every installment, I have to say; with the audio released of this series, the time it’s never been better, start discovering the reason why, Kresley Cole, is a favorite of just about every fan of this particular genre.

Even though, I don’t think this is a must before reading/listening to Hunger Like No Other (next in the series) it’s a nice way to have a complete background of the world and the characters, besides that, this is almost four hours of great entertainment.

5.00 stars based on 7 ratings on audible.com

Wow! I loved the narration; both Verret and Fomhar did an excellent job with the interpretation of Myst and Nikolai’s point of view.

I’m going to go on a limb here, and assume that Hagan Verret was responsible for the female’s point of view, I did a Google search, I also searched Simon & Schuster Audio’s website, but couldn’t find anything about them, no other books and no profile pictures, so I have to believe this is their first performance, and I thought it was fantastic. I loved the delivery of Nikolai’s point of view; the deep,sensual and sexy voice was perfect, even though, Nikolai sounded more of a brute than I had imagined, and the female’s voices were a little androgynous, I still enjoyed his performance to the max.

The rendition of Myst’s point of view was as equally enjoyable, the understanding of these, all out bad, wise guys and in your face heroines, was clearly conveyed, and I will be very happy with any of these two talented narrators for the following books.

They both did an greay job bringing the sensuality and eroticism to life, (yes it was hot) and I bet that couldn’t have been easy. 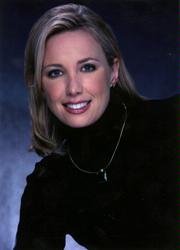 For a more detailed review of the plot visit: