When Evangeline Stone wakes up naked and bruised on a cold slab at the morgue—in a stranger’s body, with no memory of who she is and how she got there—her troubles are only just beginning. Before that night she and the two other members of her Triad were the city’s star bounty hunters, mercilessly cleansing the city of the murderous creatures living in the shadows, from vampires to shape-shifters to trolls. Then something terrible happened that not only cost all three of them their livesbut also convinced the city’s other Hunters that Evy was a traitor—and she can’t even remember what it was.Now she’s a fugitive, piecing together her memory, trying to deal some serious justice—and discovering that she has only three days to solve her own murder before the reincarnation spell wears off. Because in three days Evy will die again—but this time there’s no second chance

Evangeline Stone captured my attention from the moment she woke up in the morgue, and it kept it for all 29 chapters of the book.

Just when I thought I couldn’t be surprised anymore with an original plot, here comes Kelly Meding, and shows me my lack of imagination with her first novel in the Dreg City series.

Evangeline (Evy) has 71 hours and 59 minutes after waking up in the morgue in a stranger’s body to try to recover her memory. Within this frame of time she has to find out: who’s body she’s now using, who’s responsible, and the reason for her situation.

With the clock ticking we get taken along Evy’s side (a kick ass, strong, smart mouth heroine) on a very engrossing ride. Evy is a paranormal bounty –hunter whose job is to control and if the need may arise, kill her city’s supernatural out-of-control creatures. These could be Shifters, Vampires, gargoyles, fae, trolls, goblins- just to mention a few.

Not an easy ride, for sure! This world is dark, mean, creepy, deadly, brutal and unpredictable – the magic is not pretty, and it’s everywhere. The supernatural politics draw an unclear line between the good guys and the bad ones.
Evy’s inner voice and narration force you to experience this world with all its anguish, creepiness, violence (yes, very strong violent scenes) and fear, but most definitely worth the time.

Three Days to Dead is a solid UF with an underlying romantic plot. Romance it’s not the focus of the story, and it might not be enough to satisfy some romance readers. That brings me to my only complaint about the story; the male lead, Wyatt.
Wyatt is Evy sort of boss- handler, although he’s not a perfect guy, he’s very likable, but I felt his character was not not as well developed as I would have liked. Or maybe it was because he’s just a mere human! I have to admit I’m partial to the total alpha SUP male lead (oh no! I’m ruined!) But I can see his potential.

Evy and Wyatt’s sometimes romantic, but undeniably friendly relationship brings a couple of deeply- heartfelt as well as heartbreaking moments to the story, making it obvious how much they care for each other. I can’t say that there’s a tremendous amount of sexual tension between the two, but we get a strong foundation to make this series the best of both worlds.

All in all, I truly enjoyed this introduction to the series. I was totally enthralled with Meding’s world. She will demand your attention.
I liked Wyatt, but most of all, I loved Evy and this creepy Urban Fantasy world.

Xe Sands approached this book with the perfect arsenal of emotions, and justifiably so, this book absolutely demanded it.

Evy’s POV of this incredibly dark, dangerous and creepy world was brilliantly fleshed out with all its emotional depth and intricacy, this combined with the impressive array of voices for all the unsavory creatures, delivered an engrossing listening experience, and one that never felt forced or over the top.

By bringing Evy’s personality to life with the perfect balance of toughness and vulnerability, Ms. Sands conveyed a very likable and sympathetic character, and one that you can’t help, but to root for.

Xe sands ability to perform credible male voices is ever present with her portrayal of Wyatt, she clearly conveys his personality.
Ultimately, I truly enjoyed this Audiobook, so much so, that I’m half way done with the following installment “As Lie the Dead”. 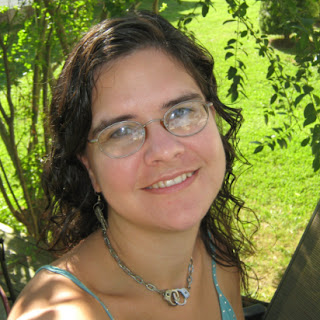 For a more detailed review visit: