Angels are falling from the sky in New York, struck down by a vicious, unknown force. Vampires are dying impossibly of disease. Guild hunter Elena Deveraux and the Archangel Raphael must discover the source of the wave of death before it engulfs their city and their people, leaving New York in ruin and Raphael’s Tower under siege by enemy archangels. Yet even as they fight desperately to save the city, an even darker force is stirring, its chill eyes trained on New York . . . and on Raphael.

In Archangel’s Legion, we move back to Raphael and Elena as our main characters and POV.  Although I’ve enjoyed seeing some of the Dimitri and Jason in more detail, it is great to get back to the Archangel and his Hunter.  The story takes place almost entirely in New York, so we get to spend some time with many of the characters we’ve missed lately, like Sarah and Deacon, Evie, Ransom and Vivek.

Elena and Raphael are forced to attend a ball his mother is hosting.  She seems to be in a much better place than what we’ve seen in the past.  She almost seems normal.  I’m not really sure exactly why this is included in the book.  I’m sure Ms. Singh has a reason, it will just be shown in a future book.  It just didn’t seem to have much to do with this overall story of this book.

Raphael is going through a change, both in power and something appearing on the skin of his face.  He fights the growing power, worried he will lose Ellie in the process and become silent.  Raphael is very concerned that he might not come out of this on the side of good.  He even compares himself to Lijuan at one point.

Elena has to learn what it means to be consort to such a powerful archangel.  She is forced to look over the injured and many people are looking to her for support.  People who would never feel comfortable approaching Raphael himself.  It takes her a little bit to figure out why everyone is coming to her.  She is so worried about the city and her archangel, she just doesn’t see it.

Elena also has to come to some terms with her father.  In an extremely large fight about Evie, many things are brought to light that you almost feel sorry for Jeffrey, though not much (at least in my case).  I still think he is a selfish ass.  I’m so happy that Evie has a two strong sisters (though Amy doesn’t show it much) and a very supportive mother.  Evie is going to make a strong hunter when she grows up.

When the war starts, we get to see all of Raphael’s Seven and how well they work together as a team.  I don’t want to say too much about the war and spoil anything, but it is pretty heartbreaking at times.  I was so worried about the team.  I was especially worried for Aodhan, who is one of Raphael’s Seven, but we really don’t meet him until this book.  I hope we get a book for him soon.  He seems like he has a great story to tell.  I guess as children, him and Illium were inseparable. I think I might want his book more than Bluebell’s **please don’t hit me**.

Overall, if you haven’t tried this series, I highly recommend it.  But, please start with book one, Angel’s Blood.  It is a great series and I wouldn’t recommend this as a stand alone.  I would also recommend that you try reading Angel’s Flight (anthology of only Guild Hunter stories) before this book.  There are some references that you will get more if you have read it.  It doesn’t take anything if you haven’t tried it, but it will add something.  At least it did for me. 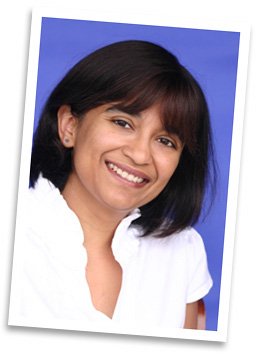 The narration of this book was great as it has been for the entire series.  Justine has been doing this series from the beginning and has always been wonderful.  I love how she is able to make the angel’s and vampire’s voices so unemotional and the human’s have such emotion.  It just really shows the differences between the beings.  The one thing that I noticed is that she likes doing tons of accents.  It seems like all the angels and vampires, males especially, have accents, but then I guess most don’t actually come from America, so they would have foreign accents.  I don’t notice it as much with females.

Listen to the first 16 mins.