Review of: The Iron King Audiobook

Meghan Chase has a secret destiny; one she could never have imagined.

Something has always felt slightly off in Meghan’s life, ever since her father disappeared before her eyes when she was six. She has never quite fit in at school or at home.

When a dark stranger begins watching her from afar, and her prankster best friend becomes strangely protective of her, Meghan senses that everything she’s known is about to change.

But she could never have guessed the truth – that she is the daughter of a mythical faery king and is a pawn in a deadly war. Now Meghan will learn just how far she’ll go to save someone she cares about, to stop a mysterious evil no faery creature dare face; and to find love with a young prince who might rather see her dead than let her touch his icy heart.

I almost let this one slip through my fingers….I am so very glad it didn’t.  Not only is Julie Kagawa a “new-to-me” author, but I really need to be in the mood for YA novels.    I’ve started so many only to get bored and give up.  Not so with the Iron King.  It grabbed me from the beginning and didn’t let go.  Christine Hvam is brilliant as narrator (as she was with Daughter of Smoke and Bone)…so that helped tremendously.

Strange things are happening in Meghan Chase’s life.  She has lived a fairly low-key existence…especially after her father disappeared on her 6th birthday.  Well, that’s about to change.  Her best friend, Robbie, is acting strange (even more so than his usual quirky self!) and she begins seeing and hearing otherworldly things.  Well, there’s a reason…

Meghan is the daughter of a Fey King.  She is half faery royaltyand because of that she is being used as a pawn in the fey world (called the Nevernever).   Her four-year-old brother, Ethan, has been kidnapped and in his place is a changeling.  He looks like Ethanbut Meghan soon finds out that the creature is far, far from being her sweet loving brother.  She decides she needs to find and rescue the real Ethanand in order to do that, she has to accept who she truly is and immerse herself fully into a fantastical world that has been purposely hidden from her.   Along her journey, she discovers that her best friend is, um, fanfreakingtasticand she meets a fey prince who will test how far she will go to save those she cares about.  She also encounters amazing beings, creatures and monsters that sparked my imagination and piqued my interest.  I loooove reading about fey worlds…especially fey royaly (eh-hem…V’Lane…need I say more??)

Julie Kagawa does a great job transitioning from Meghan’s human life to her life in the Nevernever.   There were times when some aspects of her story seemed incredibly familiar (ie. Alice in Wonderland, Wizard of Oz, Narnia and even KMM’s fever series) but it’s easy to get past that and fall in love with the characters and worlds she has created.  I did also feel as if Meghan’s meeting with her brother’s kidnapper was a bit anti-climactic.  I guess the build-up was so great that anything short of amazing would have been disappointing…and it was to me.  BUT, that still doesn’t take away from my enjoyment of this new series.  I love how she melds together myth, fantasy, humanity, and science/technology.  She speckles in just the right amount of romance to keep things interesting.  What a fantastic story.  I cannot wait to see what’s next!

As I said previously, Khristive Hvam is amazing as narrator.  Going from character to character was seamless.  Her speed and inflections were perfect in every scene.   It’s actually a little obnoxious how much I loved listening to her.   I so thoroughly enjoyed her storytellingand I have no doubt that you will, too.  When a narrator’s performance prompts me to do a narrator search on Audible…he or she is a keeper. 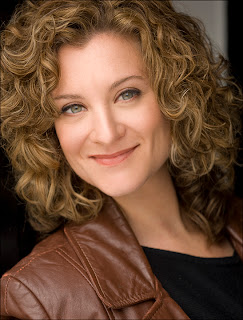