Charley Davidson—grim reaper extraordinaire, private investigator . . . meh—is practicing her profession under the influence, caffeine and copious amounts of it, due to an extreme desire to induce insomnia. Every time she closes her eyes, Reyes Farrow, the part-human, part-supermodel son of Satan, is there. Only thing is, he’s a tad peeved. She did bind him for all eternity, so it’s hard blame him. But 13 days without a wink is bound to bring out the crazy in a girl. So, when a man hires her to find his wife, Charley accepts the job with one goal in mind: Put the man behind bars, and not the wet kind. She can sense the guilt waft off him and vows to find the woman’s body and prove he’s a murderer.

In the meantime, Reyes is back in prison and none too happy about it . . . so Charley thinks, until she is carjacked by the dark-haired rake, who swears the very man he went to prison for killing is not only alive, but close by. And he wants Charley to find him.

While a visit to her old friend Rocket sheds no light on Reyes’s situation, Charley finds out the man’s wife is still alive and time is running out. Finding her before she dies would be a miracle, but she has to try. Together with the help of a fashion-impaired receptionist named Cookie, Charley sets out to bring the bad guys to justice. She just hopes Reyes is not one of them. And that she’s not hallucinating from her self-induced bout with insomnia.

If you haven’t read the previous books, please stop!! This is the third book in the series and for maximum enjoyment you should start with the first book, First Grave on the Right.
Reyes Farrow, the son of Satan is living up to his bad- boy’s reputation, but ahh! So wickedly good! And He’s mad…. Oh.. he’s mad…. Very mad at Charlie, except when Charlie is asleep, or is Charley just imagining the whole thing?
Ms. Jones has found a brilliant and delicious way for Charlie and Reyes to spend some quality time together that is going to have every romance listener asking for more.
Once again the grim-reaper extraordinaire under the influence of caffeine takes us for another exhilarating ride, where the humor, witty dialogue, action, suspense, romance and sarcasm are the perfect and constant companions.
Three different plots will have Charley and her sidekick Cookie running in different directions. I love the skillful way Ms. Jones manipulates the plots to keep you in suspense but nicely ties it all up in the end, and as usual this installment leaves you with enough sense of anticipation to want the next book right away without feeling the frustration of a cliffhanger.
The writing and character development are terrific; we see how Charley is growing and showing more assertiveness-she’s not taking any crap, not even from the son of Satan himself.
The monster responsible for Reyes’s childhood abuse and  now incarceration   is back, and Reyes wants Charley to find him. Things  won’t be pretty for Charley, just let me warn you about of some very violent scenes that will have you at the edge of your seat, emotions will spark with the twist and turns of the plot and a big betrayal.

I couldn’t have imagined this book topping Second Grave on the Left, but my God! Darynda Jones has done it.
As in the last book, we get the bonus of Ms. Jones’ interview by Lorelei King, and it’s so cool to listen to the Author talk about her writing process.

It came to my attention that  an error was made in the recording of Third Grave Dead Ahead, and there was a part missing or different. The producers are working with Lorelei King to re-record this part.
As soon as I heard this I bought the printed copy and listened to the book as I was reading it, and of course the mistake wasn’t made until the last few pages in the book (Thank God for 3X speed..lol).

There’s not o lot missing or different, but what’s missing is a very important part, so if you like me, are one  of the first ones to download the book, I recommend to re- download when audible posts the new version that is being recorded from the final version of the book and not the earlier copy.
After reading the missing part, my thoughts and rating about the book still stands; This a fantastic follow-up to the series and a phenomenal listening experience. 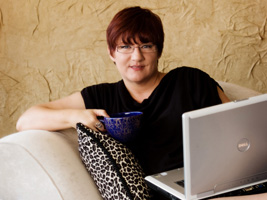 Here I’m again, giving you my opinion of the performance of Lorelei King; I can sum it up in one word, SUPERB. Once in a while you get a magical combination of Author and Narrator that brings you time after time a terrific listening experience, but I now realize that with Lorelei king is the norm. She’s perfect with Charley! Her wit, sarcasm and humor, are perfectly conveyed. Her tone and pace are impeccable. She takes you into the story and then, there’s no one else but you and the characters. You got to love the way she brings Reyes to life, no detail is spared, he’s menacing and mysterious personality is beautifully transmitted.All in all, one hell of a listening experience!

Voices behind the Books 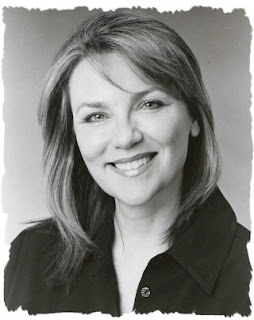 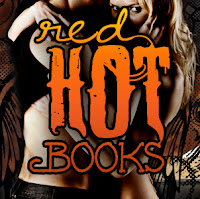 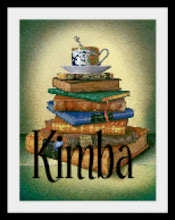