Miriam Black knows when you will die.

Still in her early twenties, she’s foreseen hundreds of car crashes, heart attacks, strokes, suicides, and slow deaths by cancer. But when Miriam hitches a ride with truck driver Louis Darling and shakes his hand, she sees that in thirty days he will be gruesomely murdered while he calls her name.Miriam has given up trying to save people; that only makes their deaths happen. No matter what she does, she can’t save Louis. But if she wants to stay alive, she’ll have to try.

First, let me start by thanking the peeps for their review that got me SO curious about Miriam Black at Talk Supe….Thank you guys 🙂

Just when I thought that Chess (Downside Ghost) and Ellie Watt (Sins & Needles) were the most challenging heroines I had ever read about, here comes Miriam Black telling me  “ you ain’t seen nothing yet”….LOL

Miriam knows exactly when, and how you’re going to died when she touches you. Is this a gift, a curse? It all depends, one thing we learn in Blackbirds, is that it can be both if you buried enough the unpleasantness of such gift, and take full advantage of the supernatural power. We all know, power corrupts, and even worse, if a power falls into the hands of a girl with a not so high and a shady moral scale.

Mr. Chuck could have given us a true heroine;  well spoken, well mannered, with a  heart of gold, and  total goody tissues whose only goal in life was to do the right thing…Ha! But what’s the fun in that?

What we got instead, is a chain smoking, foul -mouthed, ill mannered, raunchy, rude, and a thief with looks that work to her advantage, whose only goal in life is to survive anyway she can, and if that means resorting to vulture procedures, so be it.

In a turn of fate, she gets picked up by truck driver named Louis Darling when she was hitchhiking on the road (after one of her vulture incidents) and when she shakes his hand, she sees his incoming demise (in 30 days) which is OK, she’s used to seeing  peoples’ death all the time, but  this time, is not only a horrific death, but he’s calling her name when he’s dying…Oh Sh*t! –  She knows now that she has to try to changed fate, not out of the goodness of her heart, but as a necessity due to her involvement. She only gets a few minutes of the actual premonition, but this will have her trying to change the outcome, a task nearly impossible to accomplish. As she often says, “Death always gets what she wants”

As if Miriam didn’t have enough on her plate, there’s  also a pretty bad guy after her tail. This monster wants Miriam for her “power”, and will stop a nothing to get her.

So the ride begins, and it’s dark, very dark (over the top, some might say) gritty, crude, raffish and inelegant…But what a fun ride it is!  This is an Urban Fantasy tale that flirts with horror, and definitely an adult listen, you won’t learn anything, or uplift your spirits, but entertain you it will!! – if  you enjoy this kind of stories as much I do.

The characters are perfectly fleshed out; these are not very nice people, and you get their low-lifer and hoodlum status right of the get-go.

I really enjoyed getting to know Miriam, she’s all the things I said, but she’s real, I know she has a skewed sense of morality; nevertheless in some add way she is honorable, I liked that I got that point from the depth of  her character, and yes, she made me laugh… I laughed hard.  Maybe I have a warped sense of humor..LOL… So if you do too, don’t miss the chance to meet Miriam Black, Louis, Ashley, and their hellhole world.

Nice to meet you, Chuck Wendig 🙂 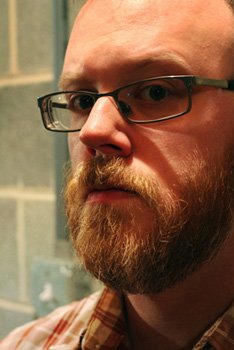 I accidentally listened to book #2 , Mockingbirds, before Blackbirds. Yes, I didn’t do my homework. Anyhow, I immediately got captivated  by the story and performance by Emily Baresford. She simply nailed Miriam Black! I love everything about that book, coincidentally I rated Mockingbirds 4.5 Hearts. With that said, I went back, and I immediately downloaded Blackbirds….Where it all began.

First thing I noticed was the difference in the confidence I found in book two. This confirms my suspicion that narrators are almost always better with the second book. I think it is because by then they do have a greater understanding of the characters, and they can convey the author’s intent in a more confident way.

So, I wasn’t very happy with the first chapter on the audio of Blackbirds, even though it was the same narrator. I thought her pace was too slow, and  she was taking too much time between sentences; nevertheless, by the second chapter, and after I’ve sped up the narration 1.5, it was just perfect. I didn’t even think about the narrator anymore, and I just sat back and enjoyed the ride.

She’s really good at fleshing out the mood of the novel,  and in this character driven plot she does a good job with all the characters  interpretations,  specially when it came to the conflicted emotions that Miriam can arouse.  Even though the story is very dark, I think it would have been so much more so if I had read it instead. Emily Buresford brings the humor in the story to the front.

As I said, her  depiction of Miriam Black is perfect in every way, a lot of my good feelings about Miriam are definitely due to Ms. Baresford’s interpretation.

Her male voices and character’s transitions are excellent. No confusion here, just a good interpretation of this dark, seedy and shocking Urban Fantasy