Half-shifter Shaya Critchley may hold a submissive role in her wolf pack, but the petite redhead refuses to let an Alpha male interfere in her life. Furious and humiliated after her mate refused to claim her, she runs off to hide among the humans. Why wait around for an Alpha male to love her when he’d obviously prefer to ignore her?

Nick Axton can barely control his urges for Shaya, but the Alpha can never claim her — not if he truly cares for her. His degenerative brain condition will eventually destroy him, and he’s afraid of turning his mate into his caretaker. Yet when Shaya runs away, Nick can’t let her go. He pursues her, vowing to finally claim his rightful mate. And despite Shaya’s spirited and passionate resistance, Nick’s fiery determination just might be the ultimate aphrodisiac.

I love this series.  The heroines are strong and snarky.  The heroes are hot and very alpha.  Both tend to have damaged pasts.  The group of secondary characters around the two main characters are always great.  In this book, we actually are not in the Phoenix Pack territory for most of the story.  Shaya has fled the Phoenix Pack because her true mate, Nick, won’t claim her, but won’t leave her alone either.  She has hidden herself in the human world, as she is half human, since she can’t deal with the rejection, especially him around all the time.

Once she leaves, Nick realizes that he can’t live without her and goes on the hunt to find her.  He quits his position as alpha of his pack, thinking Shaya as a submissive wolf can’t be an alpha female.  He wants her more than he wants to be alpha, a position he never really wanted in the first place.  Nick was a complete jerk for not claiming his mate when he first finds her, but he has his reasons for what he did.

Once Nick finds Shaya, not only do the two of them have to deal with their issues between their relationship, they also have a group of human extremist that they have to deal with.  The leader of this group knows Nick from his past and it wasn’t a good experience.  They try to antagonize the shifters to prove to the world that they are an “abomination” and need to be put down.  This brings down not only Nick, but also the Phoenix Pack down on the group of humans.

While this story takes place mostly outside of Phoenix Pack territory, we do get plenty of time with many of the characters we have fallen in love with in the past.  We also get to meet to some new ones, not from Nick’s old pack, but from the loaners that live around where Shaya was hiding out.  There is also another pack in that same area, that is run by “The Nazi”, who is known as a drug lord, but he claims that is the human extremist trying to make him look bad.  My biggest complaint about this book, is that part of the story is kind of left hanging.  I don’t really know what happens with this pack.  We just kind of walk away from them when the fighting starts and that is that. 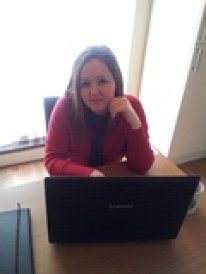 The narration was great.  Jill has done all the books in this seriesand she has always done a great job.  She does men and women well.  She pulls off the snarkiness extremely well.  I have never read this series, and I have no intention of ever reading the actual books.  I will always stick with the audios.