Publisher’s SummaryJustine Hoffman has made a comfortable life for herself on the island of Friday Harbor. She is the proprietor of a successful boutique hotel, and she has the safe, predictable life she has always wanted. Growing up with her flighty, nomadic mother, Marigold, has instilled in her a deep longing for stability. But in spite of everything Justine has achieved, there is still something missing. Love. And after years of waiting and dreaming, she is willing to do whatever it takes to change her destiny.What Justine soon discovers is that someone cast a spell on her when she was born, with the result that she will never find her soul mate. Determined to change her fate, Justine finds a way to break the enchantment, never dreaming of the dangerous complications that will follow.And when Justine meets the mysterious Jason Black, she accidentally unleashes a storm of desire and danger that threatens everything she holds dear…because Jason has secrets of his own, and he wants more from her than fate will ever allow.

Oh! I’m so relieved. I read a couple of negative and hesitant reviews (although not about the audiobook) of the latest release in Lisa Kleypas’ Friday Harbor series, Crystal Cove. Let me reassure you; I loved this one also.Tanya Eby returns to narrating this enchanting series and does a nice job. I realize most women can’t do the sexy baritone I hear in my head for all my heroes; nevertheless, there was something I just did not particularly like about her delivery for gaming millionaire Jason Black. It was as if she was pushing the sound too far back in her throat, making it come out almost “doofus-like,” if that makes sense.I also think, now that my fears are alleviated, I’d enjoy this one much more on a second listen. I did really like Ms. Eby’s voice for the hexed Justine Hoffman, the lovely proprietor of an inn in Friday Harbor, so kudos to her. I kind of shrugged off the southern accents for some of the characters; I thought TB made them sound a bit too ignorant, but I tolerated them.This one wasn’t my favorite in this wonderful series; however, I did enjoy it. Justine finds out there was a spell cast on her, so that none of her romantic relationships works out. While not as adorable as her partner, Zoe, she is no less deserving of love. Jason is an intriguing male, but he didn’t hold the devastating allure and power that Ms. Kleypas usually provides in her males. There are certainly more than a few scenes in this book that made me smile, and the BDSM scenario that I worried so much about was fine.This one is more Paranormal Romance than Magical Realism that the previous books in the Friday Harbor series fall into; however, it was light, not heavy-handed, and flowed easily. It was nice to see Ms. Kleypas stretch her writing prowess into this area. I did have one or two little quibbles with plot points, but nothing major. Still, as I said, I should probable read it again to see if I feel differently about it, now that I know all is alright with Mr. Black’s kinky preferences in my version of Romancelandia.By the Way: There is an Abridged version, that is only 5 hours and 42 minutes instead of the Unabridged version at 8 hours and 52 minutes, which is the one I heard. 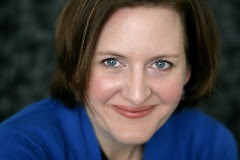 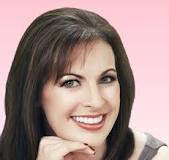