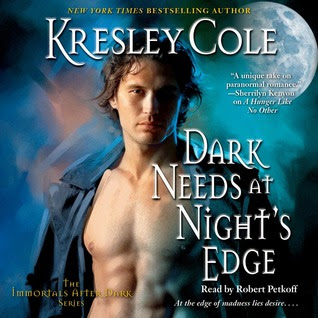 A RAVEN-HAIRED TEMPTRESS OF THE DARK… Néomi Laress, a famous ballerina from a past century, became a phantom the night she was murdered. Imbued with otherworldly powers but invisible to the living, she haunts her beloved home, scaring away trespassers — until she encounters a ruthless immortal even more terrifying than Néomi herself. A VAMPIRE WARRIOR CONSUMED BY MADNESS… To prevent him from harming others, Conrad Wroth’s brothers imprison him in an abandoned manor. But there, a female only he can see seems determined to drive him further into madness. The exquisite creature torments him withdesire, leaving his body racked with lust and his soul torn as he finds himself coveting her for his own. HOW FAR WILL HE GO TO CLAIM HER? Yet even if Conrad can win Néomi, evil still surrounds her. Once he returns to the brutality of his past to protect her, will he succumb to the dark needs seething inside him?

What can I say about hearing one of my favorite installments of Kresley Cole’s wonderful Immortals After Dark series brought to life on audio book? Terrific? Wonderful? Awesome?

They all seem woefully inadequate.

I’ve read this book several times, and I loved listening to it. Robert Petkoff continues he breathtaking narration, kicking it up a notch this time to tell us of Neomi Laress and Conrad Wroth’s love story. His voice is dreamyand he does the international cast of characters wonderfully, maintaining differentiation. His French Quarter accent for Neomi and Estonian accent for Conrad are great…nevertheless, I loved his Nïx the best! She, the “Ever-Knowing” soothsayer, is perplexed in this one and Mr. Petkoff has her inflection – with just the right touch of arrogant attitude thrown in – down perfect.

At the beginning one is inclined to wonder how Ms. Cole will ever get these two together. Naeomi is not just a former femme fatale and burlesque dancer who rose above her roots to become a prima ballerina of the jazz era, she is a ghost! Worse yet, Conrad is not just a vampire, but one of the “Fallen vampires” and a master assassin. …Oh…and his is just on the edge of insane.

Not to mention, Conrad’s brothers have imprisoned him in Elancourt, Naeomi’s abandoned New Orleans manor, in order to rid him of his insanity and bloodlust. They can’t see Naeomi, so they believe he is not improving, but really losing it.

Still, despite the rage and madness, Conrad, the youngest of the Wroth brothers, manages to come across on the pages as… ** whew…fans self**…H.O.T.! I had forgotten how overpowering, demanding, possessive, and relentless he is in his desire for Naeomi. I’m not as much of an alpha-hero lover as some of my GoodReads friends, but this one definitely works for me. The love scenes are sizzling. Yet so much of it is – at least in the beginning – cerebral.

I don’t want to give the whole story away; however, there are parts of this account that are just plain poignant. Ms. Cole has taken traditional things that we know about and written a wonderful Paranormal-Romance that is truly original. All the while continuing to interweave other characters’ storyline without the reader getting frustrated by too little or too much information. Fabulous!

One last thing: Robert Petkoff is not recording these fast enough for me. 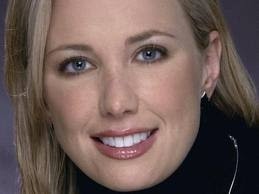 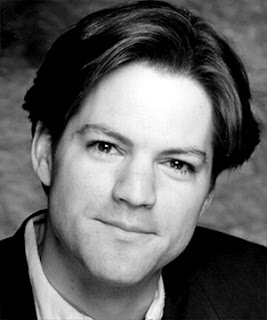