Review of: Demon from the Dark

Demon from the Dark Audiobook

Demon from the Dark Audiobook Sample

I’ve been a huge fan of the Immortals After Dark series since I started reading years ago.  I was so excited when I first started seeing some of the books on audio.  I was even more excited when I listened to the first book.  The narration is wonderful.  This series, if you are not familiar, includes a wide variety of supernatural creatures that are all coming together for the Accession, a battle for supremacy that also helps keep the immortals numbers in check, and the Hie, a supernatural and extremely dangerous contest that happens every 500 years.  Creatures includes Valkyries, Fey, Witches, Furies, Lykae, Vampires (both Forbearers who don’t drink from directly from anyone, and Horde who not only drink directly but kill and have red eyes and can see the memories of the person who they drink from.  This is not the case if you don’t drink directly from the person.) and lastly several kinds of Demons.

In Demon from the Dark, we have Carrow, who is a witch whose power is derived from people’s happiness.  The happier people around her, the more power she is able to siphon.  She has been captured by a group of humans, known as the Order, bent on ridding the world of immortals.  To do that, these humans must study and learn the weaknesses of the many different kinds of immortals.  They have these magical collars that when put on the immortals, it limits or nulls their powers and strength. When Carrow learns that the Order has captured a seven-year-old, Ruby, who is Carrow’s cousin who is now an orphan, Carrow is forced to go to a demonic realm to bring back a very rare immortal. Ruby is an extremely important part to this story. l’m not a big kid person, but you can’t help but love Ruby.  She is so full of life, even in the face of everything that she is going through.

Malkom is a “vemon”.  He is a demon that was forced to drink vampire blood and turned half vampire.  Malkom has lead a horrible life.  He never met or even knew who his father was.  His mother was a whore, literally, and she sold him as a blood slave who was also used for sex as a small boy.  When he got too old for the vamp’s tastes, he was thrown out and forced to live on the streets as a teenager and eat food out of the garbage.  When he finally meets Kellan, his only friend, and learns that he is not worthless, they are both captured and turned into these “Scarba” or half-demon and half-vampire.  These two were locked in a cell together until only one remained.  Malkom had to kill his only friend to survive.  You can see how he would have trust issues.

When Carrow and Malkom first meet, Malkom instantly recognizes Carrow as his mate because he heart starts to beat again for the first time since he was turned.  The biggest issue between them at the beginning is language.  Malkom knew English at one point in his life, as that was the language of the vampires who turned him.  He hates the language and has done everything to try to forget it.  Carrow doesn’t speak Demonish and every little Latin, which Malkom also speaks.  It is great to watch how they learn to communicate with each other.  The funny thing to me, is that I don’t know that they had that much more difficulty communicating that any other couple.  The difference is that they have an excuse for the lack of communication.  How many couples do you read about (or even know) that have issues because they don’t talk to each other about the things that matter.

As always with this series, you have a great combination of sexy times, action, romance, humor and great pop culture.  There is a great reference to South Park’s Man-Bear-Pig, just to name one.  The only downside that I can say about this story, is that there isn’t much Nucking Futs Nix in this book.  She is always going to liven up the party.  This book, while a complete story, I highly recommend that you read the entire series from the start, or you will miss the back story to some of the secondary characters.  The one thing with this series, is that a lot of the stories overlap in the timeframe.  You will read about several characters that find their other half while in this compound.  So, that is to say, this series isn’t exactly in chronological order because of this overlap.  That is something that took me a little bit to get used to, but not much.  I’ve just never read anything like it before this series. 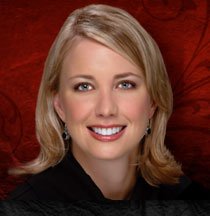 Demon from the Dark Audiobook Narration

The narration is phenomenal.  I’ve read this entire series before they started recording this series.  After listening to one book, I started gathering up the books as soon as they came out on audio.  As new books have come out, I’ve started listening, but I’m still get the backlist as they come as too, as I did with this one.  It has be a great joy revisiting this series, not only because it is a great series, but Petkoff’s narration adds so much to the story.  This is only of my top ten series on audio, because not only is the story great, but the narration is perfect.  He is great with the snark and emotion in the stories.

Robert Petkoff talks about Demon from the Dark