In Beatrice Prior’s dystopian Chicago, society is divided into five factions, each dedicated to the cultivation of a particular virtue – Candor (the honest), Abnegation (the selfless), Dauntless (the brave), Amity (the peaceful), and Erudite (the intelligent). On an appointed day of every year, all sixteen-year-olds must select the faction to which they will devote the rest of their lives.

For Beatrice, the decision is between staying with her family and being who she really is – she can’t have both. So she makes a choice that surprises everyone, including herself.During the highly competitive initiation that follows, Beatrice renames herself Tris and struggles to determine who her friends really are – and where, exactly, a romance with a sometimes fascinating, sometimes infuriating boy fits into the life she’s chosen. But Tris also has a secret, one she’s kept hidden from everyone because she’s been warned it can mean death. And as she discovers a growing conflict that threatens to unravel her seemingly perfect society, she also learns that her secret might help her save those she loves…. or it might destroy her.

I honestly cannot remember what prompted me to read this book.  But, I devoured both books in the series back-to-back.  The concept for this book is so impressive to me.  It’s definitely understandable that some would compare it to Hunger Games.  We have our kick-ass heroine, a future America that has separated its citizens into sections to prevent war and kids fighting kids.  To me though…that’s where the similarities end.

Set in one very specific part of the country (a future Chicago where many buildings are in ruins, Navy Pier is desolate and Lake Michigan is no longer a lake but a marsh) where the population is divided up into five factions.  The government thinks they’ve found the cure for war by giving every citizen an aptitude test, telling them which trait they test strongest in and having them choose where and with whom they spend the rest of their lives.  Their choices are: Amity (the peacemakers), Candor (the honest), Erudite (the seekers of knowledge), Dauntless (the brave) and Abnegation (the self-less). They get tested and choose their path when they turn sixteen.  If they cannot choose, they will live destitute among the faction-less, which to anyone who grew up in a faction is a fate worse than death.
Divergent is told through the eyes of Beatrice Pryor.  She is about to undergo her aptitude test to determine where she “belongs”.  Raised in a prominent Abnegation family, she feels like a constant failure because she isn’t self-less enough. Beatrice struggles to be the first to serve others or lend a helping hand.  She doesn’t always think of others first as should be her instinct as an Abnegation child. Her aptitude test confirms her confusion, when the results actually show she is strong in many traits and the test is deemed inconclusive. She’s secretly told (by the Dauntless woman who administers the test) that she is Divergent and advises her to never to tell anyone.  How will she ever be able to choose the trait that will forever define her life?

At the Choosing Ceremony, Beatrice is floored when her brother, whom she considers a perfect living example of Abnegation, choose Erudite. Through this shock, she struggles to select between Abnegation (and her family) or Dauntless (and never seeing her family again). She chooses Dauntless not realizing that she has just signed herself up to fight and compete to keep the life she thought she wanted and thinks was born to live.

The trials she has to go through to GET to the Dauntless headquarters, put her level of courage to the test.  Then initiation begins…which in and of itself is a huge surprise to the transfers (those who did not grow up as Dauntless).  In other factions, initiation isn’t a part of the equation.  In the other factions, You choose, You’re done.  She goes on to compete, fight, forge friendships and find love.  She finds out what being Divergent really means.  It means that she wasn’t built to simply be brave at all costs.  She has gifts that others cannot fathom.  She appears weak physically but overcomes those weaknesses by sheer willpower and the desire to do right…to BE right.  She also finds out that she is not alone in her divergence.  There are others and the “powers that be” and terrified of them.

Veronica Roth weaves together a fascinating world of corruption, danger, courage, strength, compassion and love.  Of finding family in the most unlikely places and unfortunately betrayal is just part of the game.  Science fiction isn’t so fictional after all.  Despite what they may have thought, those who created this world of absolutes will come to find that there is truly only one absolute….NOTHING is absolute!
What a ride!  Having said that…there are definitely some “whaaa?!” moments.  There are also moments where I felt like she was writing a book just for the sake of making it the next big movie sensation.  The thing is, I would definitely go see the movie!  This dystopian craze may get old (HELLO…can anyone say vampire/werewolf overkill??) but for now, it’s refreshing and interesting.  I loved how she incorporated specific parts of Chi-town…I love Chicago!  Smart lady.  No abstract future America here folks. 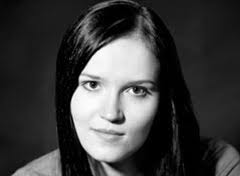 Emma Galvin is a great narrator.  She made it very believable for me.  I didn’t have a difficult time distinguishing between characters.  She really brought out the emotion in the story and let me forget that I was being read to.  Always a good thing! 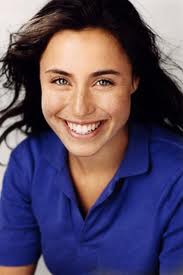