Audrey Callahan left behind her life in the Edge, and she’s determined to stay on the straight and narrow. But when her brother gets into hot water, the former thief takes on one last heist and finds herself matching wits with a jack of all trades… Kaldar Mar-a gambler, lawyer, thief, and spy-expects his latest assignment tracking down a stolen item to be a piece of cake, until Audrey shows up. But when the item falls into the hands of a lethal criminal, Kaldar realizes that in order to finish the job, he’s going to need Audrey’s help…

And this one was fun . I enjoyed it much more than the second one in this action-packed urban fantasy series. (Maybe I should have listened to that one, instead of reading it? Though, another thing about this one, I didn’t care for Cerise’s voice.)
On first look, our hero Kaldar Mar, and our heroine Audrey Callahan, appear to be two birds of a feather: both cons. However, they have different reasons for their professions: he sees it as a lucrative way of supporting his family; she’s trying to get away from hers. He’s in it for the long haul; she in for one last heist so she can live a normal life in the Broken closing cases for investigator Dominic Milano. Yet these two grifters are very alike, making them a slick team when they join forces.
We also are treated with Jack and George – Rose’s younger brothers from book one – and Gaston, Kaldar’s nephew who works with him as an agent for the Mirror (a policing agency for Adrianglia that’s on the q.t.). My heart goes out to both the younger kids, but especially Jack; the little lynx shapeshifter has made one too many social faux pas and is worried Declan will send him away to a private school. (As if!) It is a delight to get to see things from his POV.
There is a neat mystery here with lots of political intrigue and betrayals involving stolen Egyptian bracelets, set in the Andrews’ unique worlds of the Weird, the Broken, and the Edge in between. There is a ton of magic and a plethora of interesting characters: sword-wielding warriors, a wyvern, a raccoon, flash sharpshooters, a slayer shadow, a tent-revival preacher, enhanced hunters, and heaps more – not to mention the Hand agents that are after the protagonists. The pace is fast, the romance hot, the humor plentiful – but not at the expense of the emotional depth.

Needless to say, this series definitely should be read in order! 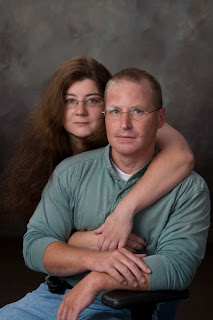 Renée Raudman does an excellent job reading this one, the third successive novel in The Edge series. She’s adept at the bantering dialogue that takes place between the two protagonists. Another reviewer had an issue with her performance during the sensual scenes, and I have to agree: her voice sounds a bit stressed, going up an octave or two, becoming “breathy.” Nevertheless, she makes the books so much more entertaining, being very good at sarcasm, she really sounds like she’s having fun.