Born the only female in an all male race, Jessica McClain isn’t just different—she’s feared.

After living under the radar for the last twenty-six years, Jessica is thrust unexpectedly into her first change, a full ten years late. She wakes up and finds she’s in the middle of a storm. Now that she’s become the only female full-blooded werewolf in town, the supernatural world is already clamoring to take a bite out of her and her new Pack must rise up and protect her.But not everyone is on board. The werewolf Rights of Laws is missing text and the superstitious werewolves think that Jessica means an end to their race. It doesn’t help when Jessica begins to realize she’s more. She can change partway and hold her form, and speak directly to her wolf. But the biggest complication by far is that her alpha father can’t control her like he can the rest of his wolves.

When a mercenary who’s been hired by the vampires shows up to extract information about the newly turned werewolf only days after her change, they find themselves smack in the middle of a war and there’s no choice but to run together. When it’s up to Jessica to negotiate her release against her father’s direct orders, she chooses to take an offer for help instead. In exchange, Jessica must now swear an oath she may end up repaying with her life.

Jessica MacClain has claimed a pretty secure spot among my favorite kick ass heroines, all thanks to the fantastic work, originality and imagination of Amanda Carlson – a new-to-me author, but one that I’m thrilled to have discovered.

In the middle of a stormy night, Jessica MacClain is going through what nobody thought possible….. At the age of 26, she’s becoming a werewolf.

Besides the self discovery she has to undergo, she also has to deal with a world of danger coming straight and completely directed at her, being the only female werewolf in existence won’t make her life easy…… Oh no, not at all, Ms. Carlson is making sure of that.

As the daughter of the pack’s alpha, she has navigated the two worlds (human and supernatural), but she has always felt as an outsider when it came to the wolves, and this new event won’t be making their acceptance as easy as you might think, an old prophecy and superstition will stand in her way.

Jessica’s fight for survival and acclamation to her new existence reveals a terrific character, one that possesses all the qualities  and  personality that make a heroine worthy of a place next to Kate Daniels, Sookie,  Elena and  Mercy, just to mention a few of my favorites, and  it should  give you an idea of the caliber of heroine that I’m talking about here.

Yes, the author has also created swoon and delicious alpha characters that flavor the adventure with enough sexiness, and the hint of romance it’s sure to have you asking for more and highly anticipating the next novel.

The introduction to the world and to secondary characters are perfectly paced andskillfully executed, and before you know it, you’re placed in the middle of this dangerous, political, suspenseful and totally original world, all while the entire time, you can’t help but to admire and root for the triumph of this courageous heroine and her newly born wolf ( I loved them both)

The author has planted the seeds for what I see growing into a phenomenal UF series.

So, to any UF fan, I highly recommend Amanda Carlson’s full novel debut, I guarantee, you won’t be disappointed, and since misery loves company, I want you to get as crazy as I’m to get your hands or ears on the next novel.

Great reviews from my peeps 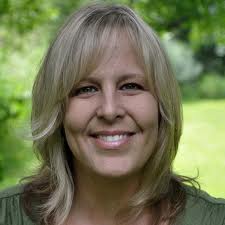 Unlike other listeners, I didn’t have any problems with the sound of Casey Holloway’s voice, in fact, I found it pleasant and fitting for Jessica, I didn’t think she sounded too young,  but my disappointment comes from her reading, I  never felt transported by her interpretation, I felt the pauses  and reading tone were wrong,  her reading lacked emotion, and  somehow  it felt choppy,  as  consequence I kept being dragged back to reality,  reminding of how much I wish it was some else reading the novel and resenting the fact that this story deserved better.

It’s not that it’s horrible; I just didn’t feel that narrator enhanced the story in any way.

Finally, after the fourth chapter, I decided just to listen without expecting much from the performance, and after settling for 2X speed, I began to enjoy the story, that despite the average narration comes on top as a winner, I just can’t in all honesty give it  5 star as an audio experience.

By all means, I don’t want anyone to run away from the opportunity to experience this terrific and original world;  I recommend taking a closer listen to the sample, and  then decide if you should read or listen, who knows, it could be that I’m becoming more critical, and expect perfection every time.

My rating for her performance: 3 stars. 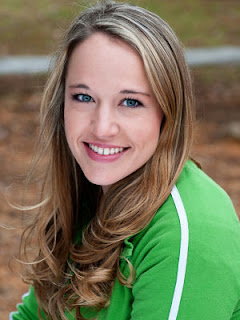