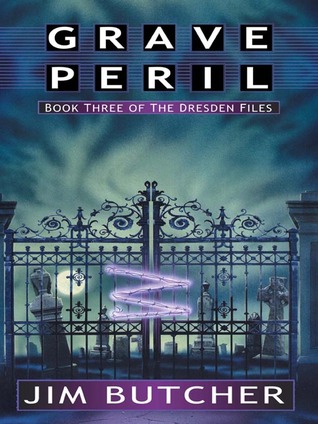 In all his years of supernatural sleuthing, Harry Dresden has never faced anything like this: the spirit world’s gone postal. These ghosts are tormented, violent, and deadly. Someone-or something-is purposely stirring them up to wreak unearthly havoc. But why? If Harry doesn’t figure it out soon, he could wind up a ghost himself.

I think this installment in The Dresden Files is my favorite so far. (Or do I say that every time?) I know I sound like a broken record, but I LOVE Harry Dresden. While he is the resident ‘anti-hero’ and sleuthing wizard of Chicago, Illinois, he is such a lovable character. Harry is amazing with the big events in the book; however, he really shines in the little moments; such as when he is chagrin in his interaction with his friend Michael Carpenter, a Knight of the Cross, who is the voice of morality with his adherence to Christianity.

In the course of ghost hunting with Michael, Harry introduces us so many new characters. One is the faerie Leanansidhe, a Noble of the Winter Court of the Sidhe and Harry’s godmother! Harry is not above telling a lie to get out of a promise he made to her years ago. You can’t blame him, since she’s a bit bipolar and wants to make him one of her hounds, so that she can give him plenty of love and sustenance.

There are also many things introduced, such as Amoracchius – the holy sword wielded by Harry’s friend Michael. You just know this sword is going to be important later on, down the line in this series.

A lot happened in this novel; I know I’ll be reading or listening to it again. It is loaded not only with ghosts, vampires (White Court, Black Court, or Red Court, take your pick), and faeries (Summer Court and Winter Court fae), but sorceress vampires, duke vampires, vampire promotion balls, sorcerer’s journals, Nightmare-demons, seers who seek Harry out to avoid their own death, priests, policemen, newspaper reporters, Hellhounds, kidnapped pregnant women, cemeteries, dragons, wiped memories and more.

Even though Mr. Butcher has created Nevernever out of his fertile imagination, he still manages to bring the “Windy City” alive when I envision this Urban Fantasy world. This is definitely turning into a landmark series.
4.15  ·  rating details  ·  32,092 ratings  ·  1,315 review on Goodreads

Narrated by James Marsters, who reads it well, with plenty of variation and differentiation in the voices. He doesn’t do the females great, but most male readers don’t. I understand Mr. Marsters doesn’t narrate the whole series, so I’m trying not to have his voice cement in my mind as Harry’s, since these books are in first person POV. 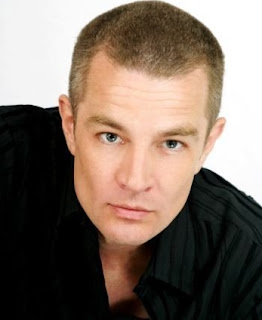