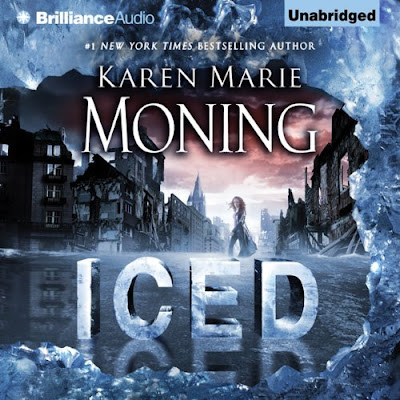 Dani “Mega” O’Malley plays by her own set of rules—and in a world overrun by Dark Fae, her biggest rule is: Do what it takes to survive. Possessing rare talents and the all-powerful Sword of Light, Dani is more than equipped for the task. In fact, she’s one of the rare humans who can defend themselves against the Unseelie. But now, amid the pandemonium, her greatest gifts have turned into serious liabilities.

Dani’s ex–best friend, MacKayla Lane, wants her dead, the terrifying Unseelie princes have put a price on her head, and Inspector Jayne, the head of the police force, is after her sword and will stop at nothing to get it. What’s more, people are being mysteriously frozen to death all over the city, encased on the spot in sub-zero, icy tableaux.

When Dublin’s most seductive nightclub gets blanketed in hoarfrost, Dani finds herself at the mercy of Ryodan, the club’s ruthless, immortal owner. He needs her quick wit and exceptional skill to figure out what’s freezing Fae and humans dead in their tracks—and Ryodan will do anything to ensure her compliance.

Dodging bullets, fangs, and fists, Dani must strike treacherous bargains and make desperate alliances to save her beloved Dublin—before everything and everyone in it gets iced.

Just the idea of being back in Dublin had me doing cartwheels.

I have to wonder if in a few days when my head and my ideas cooled off am I going to come back and change my rating to 4 stars. I don’t know, as in right now, I loved it!!!

Dublin is freezing over, and it will take Ryodan with the help of 14 year -old Dani and some new and old characters to solve the mystery.

For some reason, I found this world a little darker, a little edgier and a lot sexier than Fever.

First, let me start with Dani; a complete different heroine than Mac. Where Mac was soft, Dani is hard – she’s been forced to grow up fast. She doesn’t have the pink outlook the Mac’s used to have, but you can see that she still a child in so many ways.
We learned a lot about her, what has shaped her attitude, all she has gone through to survive, and there’s no doubt she’s still has a lot more to learned.

I can’t deny that living inside her head for the major part of this novel was sometimes wearisome, just as any 14-year-old would be. I couldn’t help thinking in the back of my mind, why didn’t Ms. Moning let her spend a few years in Fairy in between Shadowfever and Iced.

I imagine I have to trust the journey to the transformation needed for Dani to become the kind of heroine Mac is. Or perhaps even a better one.

On the other hand, the magic of Ms. Moning’s words is ever-present on every page. Taking you, coaxing you to feel, and making you experience the darkness, coldness and sexiness of the new Dublin.

Not quite, but I can say with total confidence, Ms. Moning sure knows how to create a fantastic and total alpha-sexy hero.

Ryodan may be a little too mean for some, but I can remember plenty of times when Barrons was a total d**k to Mac, and yet, I totally fell in love with his character.
I had to remind myself to trust Ms. Moning.
Right now, I thinking Ryodan is sexy as hell (I’m loving him already) even though some of the things he does to Dani make me want to hate him. . ..Nevertheless, I take a look at Dani, and I think to myself, she still got a lot growing up to do.

There’s plenty of testosterone to go around…..And it made think, why in the hell is this child here??? But Dani O’Malley has been here all along, she’s been here since she’s was nine-years-old. She has been through a lot and has seen a lot in this dark, predatory world…. Nobody said it was pretty.

All I can see right now it’s a whole lot of possibilities to where this story might be heading. That’s precisely why I love her books… I love the not knowing, the guessing and sometimes the knowing…If you’ve read her novels you know exactly what I’m talking about. The mysteries are being knitted it, and I’m already paying close attention to the small details.

There are new characters to love and some old ones to get freaked out by, but they only make the ride more engrossing and never boring.

When I made comparisons to the Fever series all I could come up with is, Darkfever wasn’t that great for me. But after the third book, I was left exhausted, impressed, in-love, and at awe with Ms. Moning’s talent, and I most definitely see the potential here.

Wouldn’t you know it…Yes, a (small) cliffhanger! But even If I knew there was going to be one, it would’ve never stopped me from picking up this book the day it came out. 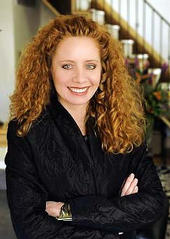 First, Phill Gigante is fantastic! Every accent and tone is right on target.
His interpretations are flawless, and his deep- sexy voice will have your heart melting for these guys.
If you are familiar with his work, I don’t have to tell you how fabulous his Scottish accent is, and how he adds authenticity to the characters, you are never confused, the distinction between characters is pristine.
All in all, a fabulous performance!

Natalie Ross does a great job with Dani’s point of view, and even though I think she sounds a little old for a 14 year old, I didn’t find it too troublesome.
The only minor problem I had was the distinction between the other female characters. It took me a few minutes to realize who’s point of view she was reading, I wish there would have been a lot more differentiations between characters; nevertheless, she does a great job at bringing the world to life. Her portrayal and interpretation leaves you no doubt of the dark and dangerous world of ICED 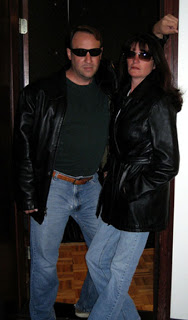