In this installment of Mercy’s story, we have Adam’s ex-wife and Jesse’s mom calling because she has a stalker and is scared for her life.  Christy, who plays a major role in this story, left Adam because he was “a monster”, which is pretty much what Adam feels too.  Christy is a person who overplays her vulnerability, which is what drew Adam to her in the first place.  She starts all of this before she even arrives at Adam’s house.  I have to hand it to Mercy, I couldn’t stand the woman before she even showed up.  Jesse sees her for what she is, but many of the pack want to fall back into protection mode over her.

While I hated Christy, a lot of the faults lie with other members of the pack and even Adam himself.  Mercy gets to the point where she doesn’t want to answer the phone when he calls, because it is more likely to be Christy telling her to pick something up on the way home.  Mercy then also tries to call Adam and Christy picks up the phone and refuses to let Mercy talk to her husband.  What I want to know, why was Adam letting his ex-wife anywhere near his cell phone?  He knows what a manipulator she is, but lets her do it anyway.  Mercy is in a lose, lose situation, if she lays down the law, she would be an evil bitch to the poor human who is scared out of her mind by the stalker.  If she lets it lie or lets Adam deal with it, she is weak, which is something that that pack already believes, as does she.  Adam does frequently tell Mercy how much he loves her and says all the right things, but actions speak much louder than words and he was still letting Christy get away with entirely too much.  Mercy does get the last laugh in the end, as if there was any doubt that would happen.

We get to see a lot more of Coyote in this book and even meet another relative, Gary Laughingdog.  I’m very interested to see where Briggs takes this character, because I don’t think we’ve seen the last of him.  We also get some time with Stephan.  While his part in this story isn’t large, a big truth comes out about him.  Not sure where that is going, it will be interesting to see.  I’ve always like Stephan, even if he is a vampire and vampires in this world are not good people and really can’t be.  I think he tries to be as good of a person as his “condition” allows.

I do feel like the pack rallies really well right before they go into battle with the big bad creature.  Adam’s speech beforehand was moving.  It was great to see this unity that the pack showed right before this battle.  Warren, who has always been a bit of an outsider to the pack, despite being third because of this homosexuallity, finally got the pack support that he deserves.  It was great to finally see that and I think it surprised him more than anyone else, including myself.

While this isn’t the best book in the series, and the relationship angst is a little much, I did enjoy the overall storyline.  It proves once again, that Mercy is best alpha female out there (much better than Leah, Bran’s mate, will ever be).  There is a great story from when Mercy was a teenager and Leah pissed her off, which proves that the working smarter will always win out.  Sneaky coyotes can outfox strong werewolves.  Not sure how much this story builds on the overall arc of the series, but I feel like we see some real growth in character in Mercy and in many of the other characters.  I think in the end, the events in this story will help bring Mercy further and more accepted into the pack. 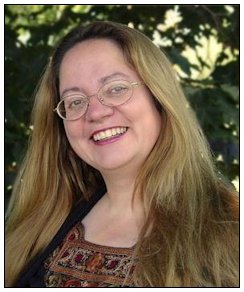 The narration was great as always.  The first time I heard Lorelei King it was with the Mercy series and I later found her again the Charley Davidson series (if you haven’t tried that one yet, be sure to check it out, it is wonderful).  I’m not sure that I’ve listened to a Mercy book since I started listening to the second series, and I’m amazed at the difference between the two.  It is almost like two different people.  She changes the tone between Mercy and Charley so much, because they are two completely different characters and that comes out in the narration.  Charley’s stories are full of a lot more snark and that is shown when you listen.  Mercy’s is much more serious, with a little snark thrown in for good measure.