Review of: Once Burned Audiobook

She’s a mortal cursed with dark power…. After a tragic accident scarred her body and destroyed her dreams, Leila never imagined that the worst was still to come: a terrifying ability to channel electricity and to see a person’s darkest secrets through a single touch. Leila is doomed to a life of solitude … until creatures of the night kidnap her, forcing her to reach out with a telepathic distress call to the world’s most infamous vampire. He’s the Prince of Night…. Vlad Tepesh inspired the greatest vampire legend of all – but whatever you do, don’t call him Dracula. Vlad’s ability to control fire makes him one of the most feared vampires in existence, but his enemies have found a new weapon against him: a beautiful mortal with powers to match his own. When Vlad and Leila meet, passion ignites, threatening to consume them. It will take everything they have to stop an enemy intent on bringing them down in flames.

Vlad Tepsih made his first appearance in the night Huntress Series, and it seems that his character captivated the attention of countless fans; many have been highly anticipating this novel. In my case, I have only read and listened to the first 2 books in the series, so I had no idea who Vlad was, nor I had a formed opinion about his character, so my approach to this novel will reflect the fact that this is all new to me.

Ms. Frost pulled me into this story with the same intensity and pace she did in Halfway to The Grave, but  with one big distinction, I loved, loved Leila from the get go, I loved her vulnerability and sweetness as well as her toughness. Her character, combined with this skillfully developed story is the major reason I’m giving this novel almost 5 flaming hearts. Leila’s character was beautifully drafted, by the end I felt like I truly knew her.

On the other hand, I felt Vlad needed some work, I still have so many questions about him, maybe it will take one more book for me to get totally invested in his character, as in right now,  I’m not. I just felt the arrogance and toughness (yes, he’s a badass) without really feeling his softer side, or getting completely fascinated by him, and this kind of  spoiled (for me) the chemistry between him and Leila, nevertheless the overall story is so well written and entertaining that truly enjoyed it.

I do like the fact that the story between these two will continue, and that not everything is settled between the protagonists. I also like that Vlad’s is not immediately professing his love for Leila. I do love a challenging man, and by all means, one thing I get, is that Vlad is one of them. So the potential I see in his character has me also highly anticipating the next novel.

Jeaniene Frost is once again in her way to creating another terrific UF series, only in my case, I loved this entry for the plot, the world and  the action more than I did for the romance, now I wished I’d had finished the Night Huntress series before I picked this one up. Don’t get me wrong, the novel it’s still very sexy and hot, delivered in the same delicious manner the Ms. Frost is known for.

Be aware that this entry is just the beginning of the ride and  many things are left unanswered, just like they were at the end of Halfway to The Grave, not quite a cliffhanger…..but almost.

If you are already a fan of Vlad Tepshi, then this audiobook is not to be missed. 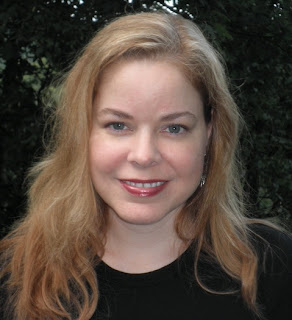 Once again Tavia Gilber’s talent is more the evident with the narration of this novel; she immediately connects you and pulls you into the story. Her portrayal of Leila is perfect; her tone delivers a very likable heroine. Her tempo and approach are flawless, and she’s terrific at transmitting to the listener the characters’ mood.

After having had more than a few terrific experiences with Ms. Gilbert’s narration, I’m at a lost for what went wrong for the lack of luster I felt in Vlad’s character, I wasn’t totally convinced by her delivery, and I felt sometimes he sounded like count Dracula, I know he’s Romanian,  although his accent sounds genuine,  for me, it wasn’t  sexy; yet, I can’t tell you enough how much I enjoyed the novel, and how terrific and right on target the rest of the characters were portrayed.

You never feel confused, the different voices and accents come across authentic and real, you always know which character is talking, but  unfortunately, I can’t honestly say that the way Vlad sounded worked for me, although I can see by the reviews on audible that for a lot people it did. I would love to hear your opinion about his character portrayal.

Am I too picky when it comes to the delivery of the male protagonist?

All in all, the experience as a whole is very good. 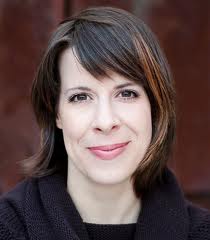