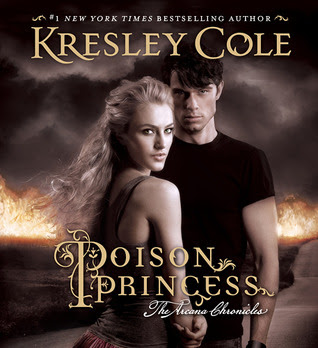 She could save the world—or destroy it. Sixteen year old Evangeline “Evie” Greene leads a charmed life, until she begins experiencing horrifying hallucinations. When an apocalyptic event decimates her Louisiana hometown, Evie realizes her hallucinations were actually visions of the future—and they’re still happening. Fighting for her life and desperate for answers, she must turn to her wrong-side-of-the-bayou classmate: Jack Deveaux.

But she can’t do either alone. With his mile-longrapsheet,wicked grin, and bad attitude, Jack is like no boy Evie has ever known. Even though he once scorned her and everything she represented, he agrees to protect Evie on her quest. She knows she can’t totally depend on Jack. If he ever cast that wicked grin her way, could she possibly resist him?

Who can Evie trust? As Jack and Evie race to find the source of her visions, they meet others who have gotten the same call. An ancient prophesy is being played out, and Evie is not the only one with special powers. A group of twenty-two teens has been chosen to reenact the ultimate battle between good and evil. But it’s not always clear who is on which side.

First I like to thank the AUDIOBOOK JUKEBOX and SIMON & SCHUSTER AUDIO for providing me with a copy  of Poison Princess Audiobook in exchange for my honest opinion.

I had no doubts this was going to be a great series; I knew Kresley Cole was more than capable of writing a riveting YA story, if you are familiar with her adult series, you know that her novels are a lot more than just sexy tales, and how magnificent she is at creating characters that demand your attention, as well as intricate stories that don’t let you pause for a minute, full of excitement and credibility for their cohesiveness.

Kresley Cole has created of a completely different universe, but one that still bears the signature of her uniqueness and ingenuity.

Arthur, a character from whom we will learn later on in the book, introduce us to the story and sets the tone for the dark, chilling and gloomy feeling of this world.

As the courageous heroine, Evie Green, takes us back to the beginning of it all, we learn and see how the layers of this intricate world begin to peal to form the saga that will leave in awe with Ms. Cole’s talent and imagination.

On the surface, Evie is a true southern princess, she’s seem to have it all; a steady relationship with the most popular boy in high school, an influential and well to do family and friends that would do anything for her….. But, that’s only on the surface because, for years, she has been plagued with hallucinations and visions that had forced her to spend the last semester in a mental institution, but now she’s back, and things are about to get ugly.

We get a glimpse at these teenagers’ world before the “Flash” – the event they would mark the beginning of the dark and malevolent world where only the strong will survive.

The Tarot cards are the theme for the world, giving the apocalyptic setting an original spin in which each character will come to be a key player in the battle between good and evil.

The characters, as expected, are well developed and authentic.

Even though, this is only a YA adult novel, Ms. Cole has managed to add the right amount of romance and sexiness by creating an excellent alpha lead by the name of Jackson Deveaux, a Cajun boy from the wrong side of the tracks that will give Evie a run for her money, and the reader another reason to cheer them on.

Ultimately, this is a fantastic, original and enthralling world that won’t let you pause for a minute,  and it will have you totally committed and invested in the character’s fate and their outcome.

I can’t think of anyone better than Emma Galvin to bring Evie to life.

Emma Galvin is becoming the voice of the dystopian novel, and after having listened and loved her performance in Divergent, her talent is more than evident with her portrayal of Evie.

I loved the way she conveys the playfulness while the undercurrent of darkness isn’t ignored in the pre- apocalyptic time of the story.

She does a terrific job with all the voices, and the sexy French-Cajun accent for Jack Deveaux was credible and perfectly carried out.

The dark ambiance of the world is expertly conveyed with the right approach and interpretation of the characters and the world.

Kudos to Keith Nobbs for his interpretation of Arthur; his voice and tone leaves no doubt of the malevolent and evil intentions of the character.Keith portrayal is right on target, Arthur’s disturbed personality comes across in a subtle way that’s never over the top, but real enough to give you the chills, literally.All in all, this is an excellent performance by Emma Galvin and Keith Nobbs. I’m very much looking forward to the next novel.