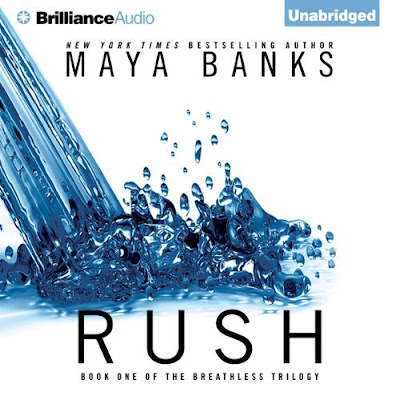 When Gabe Hamilton saw Mia Crestwell walk into the ballroom for his hotel’s grand opening, he knew he was going to hell for what he had planned. After all, Mia is his best friend’s little sister. Except she’s not so little anymore. And Gabe has waited a long time to act on his desires.
Gabe has starred in Mia’s fantasies more than once, ever since she was a teenager with a huge crush on her brother’s best friend. So what if Gabe’s 14 years older? Mia knows he’s way out of her league, but her attraction has only grown stronger with time. She’s an adult now, and there’s no reason not to act on her most secret desires. As Gabe pulls her into his provocative world, she realizes there’s a lot she doesn’t know about him or how exacting his demands can be. Their relationship is intense and obsessive, but as they cross the line from secret sexual odyssey to something deeper, their affair runs the risk of being exposed – and is vulnerable to a betrayal far more intimate than either expected.
©2013 Maya Banks (P)2013 Brilliance Audio, Inc.

I was ecstatic when I found out, Rush, the first in the Maya Bank’s new trilogy was going to be released on audio the same day as the print, of course I had to download as soon as I saw it posted on audible.

I was a little apprehensive when I heard a male narrator, not because they are not capable of delivering a good performance of a romance novel, but because after reading the synopsis, I couldn’t imagine a male reading it.

So, I really don’t know where to put the blame here,  I don’t know if  Mr. Paul’s interpretation of the characters didn’t do it for me, or  this just wasn’t Mrs. Bank’s best effort;  regardless, the story didn’t work for me, nor did the characters.

First we have Gabe, sexy, rich and powerful, but in my book, a total jerk, in fact, from now on I’m going to refer to him as “TJ”

Second, we have Mia, beautiful, intelligent and sexy, but her actions contradicted all that ….. Do you begin to see my problem?

That the novel is another one in the long list of 50 Shades wannabe doesn’t bother me, if I like the characters and I believe their story then I really don’t care that it has been done before; it’s up to the author to make me experience different emotions, and to make me fall in love with her characters –unfortunately that never happened here, in fact, I didn’t like them much.

There’s a thin line between being damaged and just being selfish. I thought Gabe…. Oops sorry “TJ” was just plain cold and mean towards Mia,   I never felt the love, therefore; I didn’t get their chemistry at all. I never got invested, and I really didn’t care if these two ended up together.  Another thing that didn’t work for me was the S&M factor; first, it’s not really my thing, and when it’s practiced by a selfish character it’s a total turn off.

Somehow, I have to give credit to the author, I did want to know what happened in the end, after all, Ms. Banks is one of my favorite authors,  and it’s not that I hated the book, but it didn’t do anything for me, I  was hoping for a lot more, especially since her historical novel, Never Seduce a Scot, was my #1 listen for 2012 which BTW, it’s a 2013 Audies finalist.

This is my first experience with Adam Paul, and I can see he could be OK reading other kind of material, but sadly, I don’t think he was a good casting choice for Rush.

Gabe Hamilton is an arrogant character, and Mr. Paul’s interpretation only conveyed that, thus rendering a one-dimensional character, and not a likable at that.

I had no problem with his reading, in fact his female voices were better than some, he obviously is a competent narrator, I just feel that he didn’t convey or inspired the right kind of emotions.

I see that the ratings for the printed copy are higher than those for the audiobook, and that makes me believe the Mr. Paul didn’t do anything to improve the experience, sometimes the readers need to develop what I call, “the romance gene”, it is imperative to inject the reading with right kind of emotions. 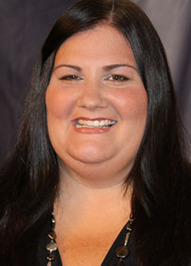