Review of: The Chief Audiobook 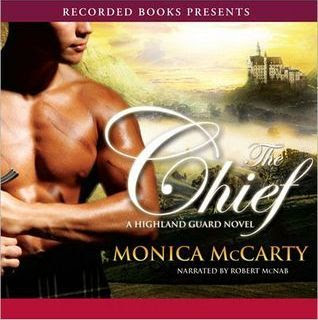 Scouring the darkest corners of the Highlands and Western Isles, Robert the Bruce handpicks ten warriors to help him in his quest to free Scotland from English rule. They are the best of the best, chosen for their superior skills in each discipline of warfare. And to lead his secret Highland Guard, Bruce chooses the greatest warrior of all.The ultimate Highland warlord and a swordsman without equal, Tor MacLeod has no intention of being drawn into Scotland’s war against the English. Dedicated to his clan, the fiercely independent chief answers to no one—especially not to his alluring new bride, bartered to him in a bid to secure his command of the deadliest fighting force the world has ever seen. The treacherous chit who made her way to Tor’s bed may have won his hand, but she will never claim his heart.Although her husband’s reputation is as fierce as his manner, Christina Fraser believes that something softer hides beneath his brutal shell. But the only warmth she feels is in their bed, in glorious moments of white-hot desire that disappear with the dawn. When Christina’s reckless bid to win her husband’s love goes awry and thrusts them into danger on the eve of war, Tor will face his ultimate battle: to save his wife and to open his heart—before it’s too late.

There were things I LOVED and things that made me wrinkle up my nose. Some of the sentences Ms. McCarty writes are wonderful; others are repetitious. A few of the set-ups, and the dialogues that follow, had me going WTH? For example, Christine’s father forces her into to Tor’s bed to cement an alliance (huh?). The father’s reasoning was the biggest hurdle for me to overcome. I know marriage alliances were important, but what about when they were only one-sided? Later, when Christine goes back to rehash with her sister the disaster that took place in his room, this the interchange:

“I told you what he said. He doesn’t want to marry me.” Beatrix cupped the side of her face in her hand and gave her an indulgent smile, looking more like a mother than a sister. “He’s angry. Give him time to think. He’ll see that you had nothing to do with our father’s trickery and do what is right.”

WTH? How is he going to know this when she did agree to slip into his bed, though only to spare her sister. That, and she was too naïve to realize the depth of her father’s deception – he was supposed to burst into the solar in time to prevent anything from going too far, not to mention Tor’s desire: he walks around with a hard co*k a lot and isn’t ashamed who sees it, LOL! Even if it has virgin’s blood on this impressive appendage. Also, I find it hard to believe that a young girl, who is almost brutally rape earlier that evening, finds lust in her soul when she crawls into bed with him.
Luckily, another carrot is dangled in front of Tor as a marriage inducement; otherwise we might never have our HEA. Still, maybe I’m being too harsh, because I’m  going to continue with the series. However, I don’t know if it will be on audio. Maybe.
4.12  ·  rating details  ·  2,065 ratings  ·  184 reviews on Goodread 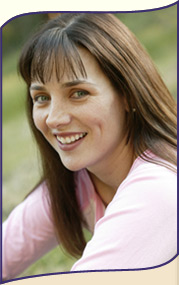 I don’t know about this one. Several of the people I did a “buddy read” with in the GoodReads Western and Medieval Romance Lovers Group LOVED this highland romance (with several 5★); however, they read it while I listened. I certainly had to get used to Robert McNab’s narration. He did great job on the men. Nevertheless, since he has a deep baritone, he made Christine’s voice a falsetto; this made her sound even younger and more immature than she probably was in the book. (Though the age difference between the hero/heroine is greater than a decade; also, Tor, the hero, has been married before and has children well on their way to adulthood. She has been quite sheltered.) In addition, the love scenes are pretty explicit (the H/h get a little playful, too); I’ve found not just any male can read those scenes to me.