The Taken Audiobook by Vicki Pettersson

Review of: The Taken Audiobook

Griffin Shaw used to be a PI, but that was back when gumshoes hoofed the streets . . . and he was still alive. Fifty years later, he’s an angel, but that doesn’t make him a saint. One small mistake has altered fate, and now he’s been dumped back onto the mortal mudflat to collect another soul–Katherine “Kit” Craig, a journalist whose latest investigation is about to get her clipped.

Bucking heavenly orders, Grif refuses to let the sable-haired siren come to harm. Besides, protecting her offers a chance to solve the mystery of his own unsolved murder–and dole out some overdue payback for the death of his beloved wife, Evie.Joining forces, Kit and Grif’s search for answers leads beyond the blinding lights of the Strip into the dark heart of an evil conspiracy. But a ruthless killer determined to destroy them isn’t Grif’s biggest threat. His growing attraction to Kit could cost them both their lives, along with the answer to the haunting question of his long afterlife . .

The Narration:  I had never listened to Kevin Fabian’s narration prior to The Taken, at least that I’m aware of, nor had I heard of him.  It’s easy to see why he was chosen for this book as he has that kind of dry, monotone delivery of a non-fiction narrator which can lend itself to the noir style.  While he appropriately captured the overall tone of the book, I was a little put off at first, as I prefer a more lively reader.  However, he has a deep, warmish tone that offset some of the flatness.  Most importantly, since it is first person narration, I did feel he was Grif.  With the progression of the story he seemed to loosen up a bit, capturing more of the developing emotional arc.  My biggest issue is one I have with most male narrators: an inability to dofemalevoices justice.  Thankfully Fabian doesn’t imbue them with quite as much of a whiny falsetto that we often hear.  Really, though, there were enough issues with Kit’s non-personality so it would have been nice to infuse her with a bit more strength, rather than the soft, ineffectual intonation he chose.  But generally he was easy to listen to so I can’t fault him too much.

First I have to start by saying that I should not have liked this book.  While it is an intriguing mash-up of urban fantasy with rockabilly noir mystery… it is an angel book.  I detest angel books, for the simple reason that you can’t have them without at least some religious overtones.  Even when the angels are darkly sexy, broodingly tortured former P.I.’s.  And Pettersson doesn’t hold back on stuffing The Taken with heavenly mythology and bonk-you-over-the-head piety.  I would have been okay with it had she employed a bit of a lighter hand.  You would also think a rockabilly noir trope would lean towards that as well.  But it was so persistent as to take me out of the story far too often, along with an internal ‘there it goes again’ and a roll of the eyes.  True, some people will like this aspect a lot.  You know where I stand.  However, I just don’t think urban fantasy is generally the target audience anyway, even if an angel happens to be the main character.  Then again, what do I know.

BUT… despite this (and not to mention a few other inanities that had the potential to annoy me almost more than Twilight did, but I digress)… I DID like this book.  And there were two reasons why: The Mystery and Griffin Shaw.  The Taken begins with a bang as Grif, the aforementioned broody and sexy angel, arrives on a prostitution murder scene.  As a centurion his job is to take souls to the Everlast (yes, heaven), especially those who have a difficult time passing over due to the nature of their deaths.  What should have been a by-the-book “take” of course turns out to be much more complicated.  Pettersson effectively lays the groundwork not only for a disturbingly gritty mystery, but also of Grif’s nuanced nature.  One would think a gruff, hardboiled detective right out of the 50s would end up being a cardboard cutout, but this guy has layers.  He may be hard and cynical, but he’s also a self-described gentleman whose protective nature and sensitivity rise to the surface in the face of female objectification, domination, and violence (which there is a lot of, so be forewarned).  He is a great character, by far the most compelling in the book.

Unfortunatelyit practically skids into low gear after such a great start, as Grif’s story is revealed and the mythology laid out.  He also becomes fascinated with the beautiful siren Katherine “Kit” Craig, who as he sees it is somehow involved in the mystery.  I don’t think I would have been bored as much at this point had their paths not remained separate for so long as I just didn’t find her interesting in any way apart from Grif.  I did mention something about cardboard characters, didn’t I?  Well, you would think a rockabilly newspaper reporter would be slightly more eccentric, cool, and interesting.  Unfortunatelythere’s not much to say about her other than her idealistic naiveté and supposedly sunnily optimism.  As none of her characteristics are explored to a satisfactory extent (we are mostly told what she is supposed to be, rather than shown), she comes off as very bland and vanilla.  I was disappointed.  I expected more, oh I don’t know… sass.  The fact that she sometimes acted frustratingly stupid also didn’t help me to connect with her.  There were just too many childish reactions in her exchanges with Grif that seemed to come out of the blue or made no sense at all.  Even so, I was invested in the budding romance, probably more so because I wanted to see Grif get past his… um… past.  While I love a tortured hero, he had suffered enough and was deserving of a nice alive girl in the here and now.  And really, there’s probably nothing like a re-corporealized angel nee private dick from a bygone era to sass a gal up.

When Grif and Kit are eventually brought together the story begins to liven up.  Her truth-seeking reporter instincts turn very personal as she doggedly pursues answers to the murder, which not only stemmed from her investigation into an ugly prostitution ringbut resulted in a terrible loss.  Naturally, this places her in danger.  UnfortunatelyGrif’s involvement does not bode well for either of them, especially him.  But he can’t help himself, being the gentleman he is, even as he attempts to maintain a brusque detachment in the face of growing attraction.

This is where it gets dark, really dark.  And then it gets darker.  It snuck up on me.  Not the prostitution part, which seedy enough as it is, but the context of the mystery and the victims involved.  Yes, there are hints along the way, but for some reason (maybe all the proselytizing?), I was not prepared for The Taken to be quite so creepily sinister.  But as unsettled as I was, I could not stop listening.  The villains are about as sick and twisted as they come and the action heart-pounding intense.  I was as caught in the mystery, intrigue, and decadent perversions as I was disturbed by it all.

Still, the hard boiled edge of The Taken, which was slight really, could have, no should have, been pushed further.  I was expecting snappy and sultry noir-ish type dialogue of the “You know how to whistle don’t you – just put your lips together and blow” variety.  Like Kit, there was very little of the sassiness this genre demands.  In addition, the rockabilly component felt a bit forced, as if thrown in as an aside.  It just wasn’t used in any significant way other than to lend a romantic love interest that fit in with Grif’s 50s persona.  It would have been really fun to have more of an evocative glimpse into this subculture, exploring it meaningfully enough to be infused into the ambiance.  There were also some incongruities, easy solutions, and a host of other superficial at best characters, but I wasn’t overly bothered as I sometimes am.

So The Taken is by no means a perfect book, but do I recommend it?  Yes I do.  Just not for those who are easily troubled by disturbingly dark subject matter, or who have a hard time suspending disbelief or easily frustrated by inconsistencies.  It had enough gripping moments for me to overcome it all, and I was invested in the outcome and what turned out to be a hot little romance (but certainly not over the top).  I’ll definitely be listening to book 2, The Lost, at some point. 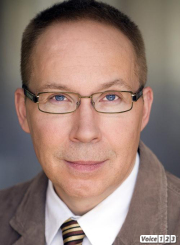 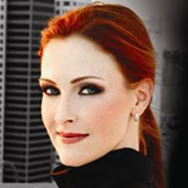 The Taken Audiobook by Vicki Pettersson