The Taker Audiobook by Alma Katsu

Review of: The Taker Audiobook

True love can last an eternity… but immortality comes at a price.

On the midnight shift at a hospital in rural Maine, Dr. Luke Findley is expecting another quiet evening of frostbite and the occasional domestic dispute. But the minute Lanore McIlvrae—Lanny—walks into his ER, she changes his life forever.

A mysterious woman with a past and plenty of dark secrets, Lanny is unlike anyone Luke has ever met. He is inexplicably drawn to her… despite the fact that she is a murder suspect with a police escort. And as she begins to tell her story, a story of enduring love and consummate betrayal that transcends time and mortality, Luke finds himself utterly captivated.

Her impassioned account begins at the turn of the nineteenth century in the same small town of St. Andrew, Maine, back when it was a Puritan settlement. Consumed as a child by her love for the son of the town’s founder, Lanny will do anything to be with him forever. But the price she pays is steep—an immortal bond that chains her to a terrible fate for all eternity. And now, two centuries later, the key to her healing and her salvation lies with Dr. Luke Findley.

Part historical novel, part supernatural thriller, The Taker is an unforgettable tale about the power of unrequited love not only to elevate and sustain, but also to blind and ultimately destroy, and how each of us is responsible for finding our own path to redemption.

So The Taker was a really difficult novel. To be honest I was not sure what to expect, having mostly been drawn by the beautiful cover. Yes, I know I know. But who really doesn’t judge a book by one? Anyway, the publisher description was vague enough as to add to the intrigue. So like a donkey with the proverbial carrot I was pulled along with the expectation of a sweet surprise. Was it a Gothic mystery? A paranormal romance? A modern cautionary tale? Well it turned out to be all of these things… sort of… or sort of not. Halfway into the book I still didn’t know what it was about, and even now I’m left scratching my head. I think I’ve come to the conclusion that The Taker is primarily a historical fiction novel, just one with allegorical supernatural elements. It is really not a romance, at least not of the typical feel-good, emotional, or bodice-ripping varieties. Although it is about love. Well actually more about obsession, dark, all-consuming obsession that drives people to make the wrong decisions for the wrong reasons. And, of course, it is about the bleak ramifications that eternally change the courses of the lives of those involved.

Although the story shifts back and forth in time, as Lanny recounts her incredible tale in present day, it largely takes place in 19th century New England. Our heroine, a young girl of modest lineage in the repressed puritanical town of St. Andrew, makes the mistake of falling in love with the wrong person. Jonathan, the favored son of the town’s founder, not only can’t return her love, as much as he might want to, but he strings her along for his own selfish purposes. He is a Puritan-era player through and through, a lonely golden boy whom all the girls want to have and all the boys love to hate. At first Lanny provides young Jonathan with platonic friendship as he works his way through the married women of the village — all the while unapologetically taking advantage of the love she unequivocally bestows on him. Perhaps I am being a tad unfair, as he does have certain feelings for her and she plays no innocent part either. When this situation leads to where it inevitably must, Lanny eventually ends up in Boston under the auspices of the mysterious and cruel Adair and his posse of strange disciples. The question then becomes who… or what… are these outrageously decadent and amoral people whose control she has fallen under? What is Adair’s interest in her, yes, but more importantly, what is his interest in Jonathan? Hmmmm, I say, tapping my chin.

At this point we get yet another story… within a story within a story (confused yet?) as Adair relates his ostensibly long and tragic past. I have to say that while I didn’t find this format hard to follow, it isn’t my favorite fiction device, especially when done to this extent. In addition, it switches all over the place between first and third person. Some people will have issues with the juxtaposition, and I can’t say I would blame them. However, Adair weaves an unsettling yarn critical to the mystery to be revealed later, one that also engenders some sympathy as his role of victim as much as tormentor is demonstrated.

This is also where the paranormal elements come in, although it is not categorically a paranormal story either. You will find none of the genre’s typical vampires, witches, ghosts, or sorcery, although alchemy (of a magical sort) and immortality are key elements. As I see it though, they are vehicles to deliver the cautionary elements of the plot, metaphors for the enduring nature and destructiveness of obsessive love, of power and control. So… this does sound kind of interesting, right?

Many people will, and have, found The Taker to be enthralling. Reading this back, it seems like a story I would want to read had I not already read it. Dark, haunting tales of mystery, desire, and revenge, especially featuring the supernaturally extraordinary, are a little like crack for me. BUT (yes it’s a BIG but), I don’t like desolate stories of masochistic violence, abuse, manipulation, and subjugation, of which there is a LOT here. While there were times I got completely sucked into it, especially as Lanny crafts an ingenious plan of reprisal, many more induced the need to grab a blankie and curl up for a good thumb suck. It is that disconcerting and depressing.

I also prefer to like the characters I’m reading about. There needs to be someone to root for. Unfortunately there was absolutely no one, certainly not Jonathan despite a certain baffling redemption, nor Adair, whose brutality knows no bounds. Not even Lanny, the perpetual victim, incredibly selfish and manipulative in her own way, or Luke, the ER physician to whom she recites her narrative as he becomes irrevocably drawn into it. Unfortunately, he was purely an aside. Someone I should have felt empathy for, but just didn’t. That being said, there is a masochistic part of me that would like to know where else this story is to go. The ending was a bit rushed and hasty as much as the rest was long and drawn-out (and I dare say, even tedious at times). There is certainly unfinished business to be reckoned with (Ha! I actually did not know the name of book 2 when I wrote that!). But can I really put myself through all that disturbance and misery again though? I think I’d really just prefer the cliff notes please. And then I would still need a hot cocoa and a hug. 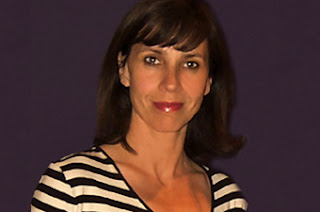 Laurel Lefkow is another narrator I had not heard before listening to this book.  There isn’t a lot to say about her.  She was entirely satisfactory, doing most of the voices and accents justice as well as having an ability to convey the correct emotions.  Her pacing, pronunciation, and enunciation were good as well. There was never a need to go back and re-listen or even roll my eyes (which is all too common) due to flawed words or phrasing.  I just wasn’t sure she was exactly right for this audiobook.  I shouldn’t think anyone will have intolerable issues with her narration; however, it was a little ‘light’ sounding.  I could imagine her doing fun romances or prim but spirited historical heroines. Nevertheless The Taker has a bit of a gothic tone.  As such it needed a more mysterious style, someone who could convey a touch of quiet desperation and sinister tension.  I’m sure that would have added to my listening experience; however, I don’t know if it would have made me like it much more either. 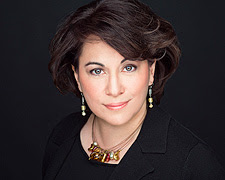 The Taker Audiobook by Alma Katsu