Review of: The Undead Pool Audiobook

Witch and day-walking demon Rachel Morgan knows magic – earth, ley line, even the forbidden demon magic – and that knowledge has saved her life more than once. But now something – or someone – is attacking Cincinnati and the Hollows, causing spells to backfire or go horribly wrong while living vampires attack humans and Inderlanders alike.

The pressures build when the city is quarantined to contain the unreliable magic, and Rachel must stop the attacks before the undead vampire masters who keep the rest of the undead under control are lost and it becomes all-out supernatural war.

The only way to do so is through the ancient elven magic, but that carries its own perils – for magic always has a price, and gods do not come lightly when called.

Wow, this book was wonderful and probably my favorite book in the series.  As the second to the last book in this fairly long Urban Fantasy series, we are starting to see things come to a close as we see how the ending might play out for at least some of the characters.  We get to spend some time with most everyone we’ve met and come to love over the years.

In this book, we start off with spells backfiring and causing chaos around the city.  They then realize that all the undead vampires are asleep, but don’t know why.  The truce between humans and Interlanders, which has been uneasy at best since the Turn, is barely balancing on the edge of a cliff.  Rachel, as she always does, takes this on almost by herself.  Rachel has always wanted to be a person to take on the world by herself, but she is surrounded by great friends who won’t let this be a burden on her alone.  This is the first time that Trent is really around when everyone rallies around Rachel and he is quite amazed.

As you can guess from the cover, since this is the first cover with a character besides just Rachel, Trent plays heavy role in this book.  It has been great over the series watching not only these two characters grow and change, but also the relationship that they have together.  We have looked back in time to see them as children when they liked each other, but were mean about it as children tend to do, though Rachel was protective of Trent even then.  To Trent entering Rachel into rat fights while she was stuck in the form of a mink.  Rachel has saved his butt on more than one occasion.  How Trent has learned to trust and stand by her as she defends, not just him, but herself, her friends and the city of Cincinnati.

We have a lot more time with vampires and weres than we have had in a long time in this series.  A lot less time with demons than we have had in a while.  Though time that is spent with Newt, who was way weirder than normal when she first shows up in the book, is extremely important.  Al is around some, but he is not a happy camper, but then when is he ever.

We have lots of time with both Jenks and Biz.  Jenks has always been my favorite character in this series.  I think he is the only reason that Rachel is as solid as she is, he is the mortar that holds her together.  He watches her back more than anyone else.  He keeps things light by teasing her, even when it drives her crazy.  As much as his kids annoy her, I think without them around, Rachel would be lonely in the quite.  Biz is another great character who has grown on me a lot.  He has become essential to the story and Rachel’s life.  I love that she starts to make plans to do more runs after dark just so that he could be included.

I love seeing where this series has come and where it looks it is going.  My only concern is how Kim Harrison is going to top this.  I mean this book really wraps things up and without a lot of changes, could have probably ended the series with this book without any complaints from me.  I’m sure she has a plan in mind, so I’ll just have to wait out the year to see what the finale is going to be.  I’m sure it will be awesome, as she hasn’t let me down yet. 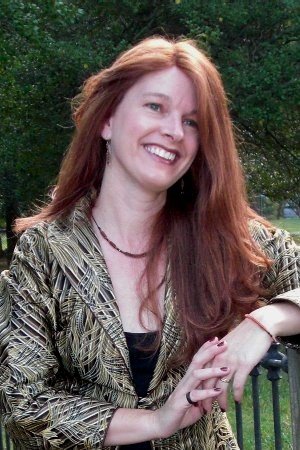