Alexia Tarabotti, Lady Maccon, has settled into domestic bliss. Of course, being Alexia, such bliss involves integrating werewolves into London High society, living in a vampire’s second best closet, and coping with a precocious toddler who is prone to turning supernatural willy-nilly. Even Ivy Tunstell’s acting troupe’s latest play, disastrous to say the least, cannot put a damper on Alexia’s enjoyment of her new London lifestyle. Until that is, she receives a summons from Alexandria that cannot be ignored. With husband, child, and Tunstells in tow, Alexia boards a steamer to cross the Mediterranean. But Egypt may hold more mysteries than even the indomitable Lady Maccon can handle. What does the vampire Queen of the Alexandria Hive really want from her? Why is the God-Breaker Plague suddenly expanding? And how has Ivy Tunstell suddenly become the most popular actress in all the British Empire?

Ah! My little kumquats, I do so love this series. Sorry to see this fifth and final book in the Parasol Protectorate.  Emily Gray does an excellent job with all the various paranormal – and soulless – voices, but she does her best with Prudence, who is now a toddler, making her sound like the “puggle precious” Lord Akeladama dubs her; but, not to worry, she’s not too precocious! In fact, Ms. Gray is so good at delivering Ms. Carriger’s alternate historical version of Victorian England that I wish I’d know about her sooner. Now I’ll end up buying this series in audio as well. Yes, she’s that good. If you have NOT tried steampunk before; if you like the Victorian era; if you get off on Etiquette & Espionage; and if you like paranormal worlds filled with werewolves, vampires, ghosts, and a preternatural or two, this is the series with which to start. Maybe I did not laugh as much as I did in Heartless, and I certainly did NOT see…Professor Lyall and ? becoming an item! Shocker, that. But, I must say I quite liked it. And Lord Akeladama wasn’t too heart-broken.  However, I still enjoyed every minute of it. Alexia is called to Egypt this time, and she’s having a hard time finding any tea!
Alas, Gentle Reader, it is impossible to review this book without spoilers! All I can say is that I am impressed and surprised at the all-encompassing arc of the series, with details planted early on and things neatly tied up, for the most part. Or, at least, we know that they’ll most likely reappear in the spin-off series The Parasol Protectorate Abroad which doesn’t come out until Fall, 2013!
4.10  ·  rating details  ·  4,979 ratings  ·  906 reviews on Goodreads 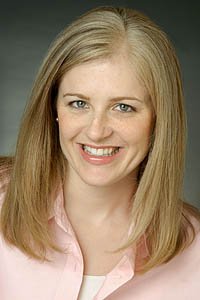