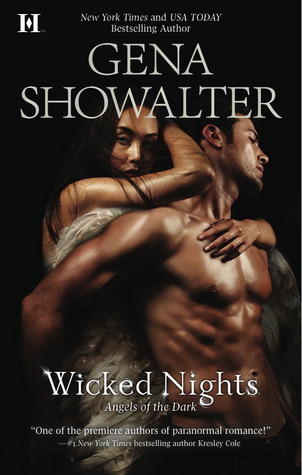 Leader of the most powerful army in the heavens, Zacharel has been deemed nearly too dangerous, too ruthless—and if he isn’t careful, he’ll lose his wings. But this warrior with a heart of ice will not be deterred from his missions at any cost until a vulnerable human tempts him with a carnal pleasure he’s never known before. Accused of a crime she did not commit, Annabelle Miller has spent four years in an institution for the criminally insane. Demons track her every move, and their king will stop at nothing to have her. Zacharel is her only hope for survival, but is the brutal angel with a touch as hot as hell her salvation—or her ultimate damnation?

This is the first book in the spin-off series from Lords of the Underworld (LOTU), and just as the title suggests, it’s all about yummy angels.

We will be getting the stories of  all  those powerful and totally alpha males that have been a big part of the Underworld; they have sometimes fought side by side, and also have shared some of the drama with our beloved Lords.

So, the first angel that  we get to drool over is  Zacharel, and  as the head of the angelic mastiffs army he has to deal the dangerous  threat of losing their wings, as well as with the  thin line between good and evil the angels must  walk – this  sets the emotional, exciting, suspenseful  and  enthralling tone for the story.

Once again, Gena Showalter brilliantly  balances the romance with a kick ass and fresh plot that allows the introduction of  new characters that will heighten your anticipation and curiosity, all without taking any emotional value from the love story..

I loved Zacharel! His toughness and mysterious tone carry beautifully to this new novel, and once again we get another tortured and complex hero that makes the pages sizzle a la Gena Showalter’s style.

Annabelle Miller is the perfect heroine;  tough  and vulnerable just  at  the right moments, this gives  their the romance the perfect chemistry,  as a result, you get skillfully dragged into their anticipation, and it makes the romance (HOT) most enjoyable.

I could easily  see how you could enjoy this series even if you  have never read/listened to Lords of the Underworld, the author (one of my favorites) does a terrific job at creating a new world and a new feeling without making you  wonder if you are missing anything from their background.

Now, if you are a fan of LOTU this is must!  I’m pretty confident you will fall in-love with this   new set of delicious alpha heroes.

I remember having a hard time with the first few books in Lords of the Underworld.  Actually, I didn’t fall in-love with the series until the third book, but that’s not the case here, I’m already loving these fantastic heroes and their world. 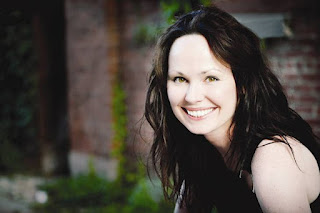 Ok, so I won’t hide the fact that I’m a big fan of Max Bellmore. I love the way he brings the drama and feel of these novels to life, and how he immediately connects me to the world and its characters.

But, I have to agree with some of the criticism; his tempo and reading speed were off the mark here, and the only way I could find a comfortable way to listen was using 2X speed.

With that said,  after I had established the perfect speed I  found myself  totally engross and lost in the story and in  his perfect interpretation of its characters.

I’m still  highly recommending this audiobook – my experience although, not perfect,  was truly enjoyable.

I can see I’m not in the minority here; his performance’s reviews have more favorable takes than negative ones  on audible.com

Just remember that if regular speed doesn’t work for you, you can always find a faster speed in the audible application, you can also download SpeedUp for your iPod or iPhone to use with  regular Mp3 audiobooks or  CD Audiobooks.

For android, you can try AstroPlayer

Voices behind the book