Review of: How to Run With A Naked Werewolf

How To Run With A Naked Werewolf Audiobook

Anna Moder has just witnessed a shooting, seen her car pulverized, and rescued a wounded stranger – only to discover he’s really a werewolf. And by her recent standards, things are actually looking up. Lycanthropes don’t faze Anna. Doctoring a wolf pack outside Grundy, Alaska, is the closest thing to home life she’s known in years. But hitching a ride to Anchorage with long-absent pack member Caleb Graham – that’s a risk. Part of her itches to whack his nose with a newspaper. The rest is trying unsuccessfully to keep her own paws off every delicious inch of him.

The problem is, Caleb employs his lupine tracking abilities as a not-quite-legal bounty hunter, and Anna is suspicious of both him and his profession. On the run from her past, with old problems closing in, she’d like to stay far, far away from anybody with connections to the law. Caleb, however, seems determined to keep her close. Are his intentions noble, or is he working a more predatory angle?

Anna’s been dreaming of returning to a semi-normal life, but now she’s experiencing a strange new urge…to join Caleb in running with the wolves.

How to Run With A Naked Werewolf audiobook Sample

I love this series and the narration is perfect for the witty humor that is woven throughout the story-line.  This book doesn’t take place in the valley or even in Grundy.  It takes place along the roads of rural Alaska where Caleb runs into Anna when she gets off work of a local grocery store.  Yes, our local pack doctor has left the valley and is now working as a cashier in a small town grocery store.

Caleb is a bounty hunter of sorts, though his bounties aren’t always of the legal variety.  While trying to take down one of his marks, he gets shot.  Anna gets him into his truck and gets him out of town and patches him up.  She quickly notices his quick healing and figures out who and what he is.  Not only is a werewolf, but he is related to the werewolves she used to care for.  Anna can’t tell him this because she is running and can’t go back.  Caleb can’t tell her that he is a werewolf.  These lies cause tons of hilarity as they tap dance around each other to hide their secrets.

Since this story takes place on the road, we don’t get the secondary characters we are used to in this series.  At least, not until the end.  That isn’t to say that there are no secondary characters, there are, they just aren’t as detailed as we are used to in the previous two books.  That doesn’t make them less fun, well, not much anyway.  While I do miss the wolves and humans from the valley and Grundy, it was nice to get out and see others in Alaska.  We also get to spend more time with Anna and Caleb together and they are great. 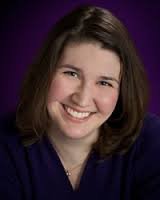 How to Run With A Naked Werewolf Narration

The narration of Amanda Ronconi is perfect for this series.  She really brings out the snark that is written into each book.  Each character is voiced differently.  You are never trying to figure out who is talking.  She is also great at bringing out emotions of character.  I’ve never read one of Molly Harper’s books, I’ve only listened and I don’t see that ever changing as long as the narrator stays the same.