Review of: Tempt the Stars Audiobook

Being a goddess is a lot less fun than you might think. Especially when you’re only a half goddess, you only found out about it recently, and you still don’t know what you’re doing half the time. And when you’ve just used your not-so-reliable powers to burglarize the booby-trapped office of a vampire mob boss.

Yeah, that part sucks. But that’s just the tip of the iceberg for Cassandra Palmer, aka the Pythia, the freshly minted chief seer of the supernatural world. After all, Cassie still has to save a friend from a fate worse than death, deal with an increasingly possessive master vampire, and prevent a party of her own acolytes from unleashing a storm of fury upon the world. Totally just your average day at the office, right?

**There are no spoilers for this book, but there are some for previous books in the series.

This is another fast paced, action packed Cassandra Palmer book.  She barely gets a chance to sleep or eat, which is pretty standard for her.  It starts right at the end of the previous book. Pritkin broke a large rule using his demonic powers to help save Cassie’s life and is forced to return to the demon realm.  Cassie is determined to save him.  It has been a long time since the Hunt the Moon came out in 2011, but Karen does some recaps to help you remember what was going on.

In this book, we learn a lot about the demonic realm and Pritkin’s past.  We also get to learn a ton more about Cassie’s mother.  Cassie goes back in time to talk with her mother and past Pritkin forces Cassie to take him as backup (current Pritkin is in the demon realm, so he can’t help).  Billie Joe makes an appearance early, but is absent through most of the book.  We do see more time with Cassanova and Caleb, who is in the Core with Pritkin and is the only person besides Cassie to know of his heritage.

There is also a lot of time spent with the vampires, but not Mircea.  There are three new vamps in Cassie entourage.  Evidently, they had done something to piss Mircea off and Cassie is “like Australia”.  Mircea is making them serve time with Cassie for punishment, just like when the British would send prisoners to Australia. I found it really funny with how this was explained to Cassie and how she took the news.

The thing that always amazes me when I read/listen to this series is the timing.  I’ve been reading it for years, but only a few months have passed in Cassie’s world.  Every time this is mentioned in the book, it takes me aback.  How in the world does Cassie and everyone else go through all that they have within a few short months and not lose their minds?  It wears me out just reading the story, I couldn’t imagine living it.  I will say, you don’t have time to get bored.

This book is exactly what you would expect from a Cassie Palmer book.  Tons of action, some really hot scenes (though they are different from what you’d expect) and tons of drama.  There is a cliffhanger at the end, but it is more of setting up Cassie’s next adventure than a true cliffhanger.  I’m very interested in seeing how her next adventure goes.  Cassie has a revelation at the end of the book and her partner in crime for the next adventure is completely unexpected.  Luckily, it looks like we won’t have to wait as long for book 7, since it is listed to be out in 2014. 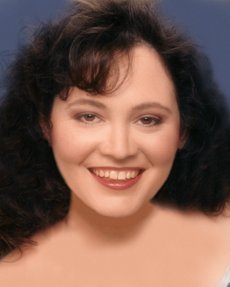 Narration of Tempt the Stars Audiobook We do have a new narrator for the series in this book.  This can cause a lot of problems with me listening to a series.  If I’ve listened to the same narrator for several books, I get used to the voice that the narrator has given to each character and a new narrator just doesn’t get that same voice. I didn’t have that problem with this change in narration.  Within the first hour, I had forgotten that there was a change in narration.   I really liked Cynthia Holloway, who was the previous narrator, but Allyson Ryan did a great job.  I don’t know if it is because it has been two years since I listened to the previous book or just that she did that good of a job.  Either way, I enjoyed her narration.  I was concerned when I saw some of the reviews on Audible and people were really bashing the new narration.  I think they are unfounded in this case 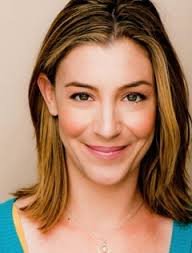