Review of: The Professional Audiobook Part-one

He makes the rules…. Mafiya enforcer Aleksandr “The Siberian” Sevastyan’s loyalty to his boss is unwavering, until he meets the boss’s long-lost daughter, a curvy, tantalizing redhead who haunts his mind and heats his blood like no other. Ordered to protect her, Sevastyan will do anything to possess her as well – on his own wicked terms. Rules are made to be broken…. PhD student Natalie Porter had barely recovered from her first sight of the breathtakingly gorgeous Sevastyan before the professional hit man whisks her away to Russia, thrusting her into a world of extreme wealth and wanton pleasures. With every day she spends under his protection, she falls deeper under his masterful spell. Are you ready to play? Yet all is not as it seems. To remove Natalie from an enemy’s reach, Sevastyan spirits her into hiding. From an opulent palace in Russia to the decadent playgrounds of the mega-wealthy in Paris, the two lovers will discover that even their darkest – and most forbidden – fantasies can come true… ©2013 Kresley Cole (P)2013 Simon & Schuster

This book is a serial, which means, it will be released in pieces, in this case, three pieces.  I’m not a huge fan of serials because I feel like I’m left with cliffhangers.  However, with serials, the release dates tend to be closer together than a normal release dates, about a month or so apart.  I’m usually one to wait for everything to be out and then read it all together, but I really wanted to see what Ms. Cole had in store for us.  I’m a huge fan of her work with Immortals After Dark and I loved the idea of this book, I thought I would step out of serial avoidance and give it a try. Boy, am I glad.

This book starts off with a farm raised, Nebraska college girl who has been trying to find her biological parents from Russia.  She has been working three jobs along with college full time, getting her doctorate, so that her mother wouldn’t know she was looking.  She thought the investigator had run off with her money, when she runs into a very menacing looking guy at a bar.  He proceeds to kidnap her and take her to Russia to meet her father who is the head of a Russian mafia. 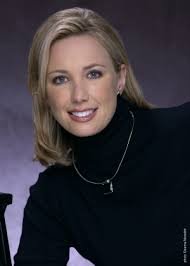 The narration was great.  I’ve listened to Kimberly Alexis read the Anita Blake series, and while I didn’t like her in that series at first, I’ve come to accept her.  I was curious as to how I would like her with something completely new.  She blew this out of the water.  She did a great job with the Russian accents and really helped bring this story to life.  I was very impressed.  She needs to tell Ms. Hamilton to add in some Russian characters to the Anita Blake series for her.