The first night after Caroline moves into her fantastic new San Francisco apartment, she realizes she’s gaining an – um – intimate knowledge of her new neighbor’s nocturnal adventures. Thanks to paper-thin walls and the guy’s athletic prowess, she can hear not just his bed banging against the wallbut the ecstatic response of what seems (as loud night after loud night goes by) like an endless parade of women. And since Caroline is currently on a self-imposed “dating hiatus,” and her neighbor is clearly lethally attractive to women, she finds her fantasies keep her awake even longer than the noise. So when the wallbanging threatens to literally bounce her out of bed, Caroline, clad in sexual frustration and a pink baby-doll nightie, confronts Simon Parker, her heard-but-never-seen neighbor. The tension between them is as thick as the walls are thin, and the results just as mixed. Suddenly, Caroline is finding she may have discovered a whole new definition of neighborly….

In a delicious mix of silly and steamy, Alice Clayton dishes out a hot and hilarious tale of exasperation at first sight…

I have wanted to read this book since it was released last year, but I just have not had the opportunity to delve in until now. I wish I hadn’t waited this long. Ms. Clayton’s Wallbanger made me giggle with delight and fall in love with the boy next door. It was surprisingly very sweet and romantic.

Caroline and Simon are neighbors who share the same very thin walls where every sound is heard on both sides. Simon is the very hot, very skilled neighbor who is always making a ruckus. Unfortunately, the ruckus happens in the middle of the night which disrupts Caroline’s sleep. Co-existing and sharing the same wall will be a challenge for both of them. Fortunately, they will find out that they have mutual friends. This will force them to call a truce and maybe, maybe, even become friends.

I adored Caroline; she cracked me up to no end. I enjoyed her inner thoughts and funny comments about her big “O”. I also adored her honesty, independence and being able to accept people as they are. Being at truce with Simon, she finds out his personal activities and comes to terms with it. Simon is what he is. Despite the man-whore that he is, Simon is a stand up kind of guy. I am in awe with the things he did before meeting Caroline and even more amazed with what he did after he met her. That was totally unexpected, but mum is the word.

I also love their romance. There was not a bit of insta-love between them. Instead, there was a good buildup of Caroline and Simon’s attraction and relationship to each other. Clayton made sure of that. I am excited to read more of Ms. Clayton’s work, and I definitely will be waiting for the second installment of this series which is set to release in June.

The narration took a while to get used to. Especially when the first pages included sounds that she (Heather Smith-Narrator) acted out. Her voice also had a slow pace but easily fixed by increasing the speed on the audible app which I recommend for anyone who would like to listen to this book. Once I got use to her tone I enjoyed her a bit more. Besides the moaning and “umph” sounds, she actually played out Caroline’s personality well. Her voice of frustrations and her inner voice were just comical. In that part, I commend the narrator. 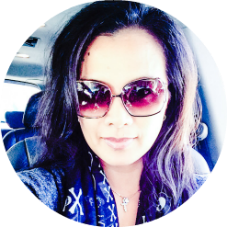