The promising debut of a hot new voice in paranormal romance – and the first of the Southern Witch novels. The family magic seems to have skipped over Tammy Jo Trask. All she gets are a few untimely visits from long-dead, smart-mouthed family ghost Edie. But when her locket – an heirloom that happens to hold Edie’s soul – is stolen in the midst of a town-wide crime spree, it’s time for Tammy to find her inner witch. After a few experiences with her dysfunctional magic, Tammy turns to the only person in small-town Duval, Texas, who can help: the very rich and highly magical Bryn Lyons. He might have all the answers – and a 007 savoir- faire to boot – but the locket isn’t the only heirloom passed down in Tammy’s family. She also inherited a warning: stay away from Lyons. ©2009 Kimberly Frost (P)2010 Penguin Audio

I thought this would be a light-hearted and funny story.  I did not find it as such.  I found that most of the characters a little on the stupid side.

I thought that this book made everyone in the southern Texas town out to be morons.  I thought Tammy Jo was weak for allowing her ex-husband to continue to control her life even after a divorce.  Very much the Southern, small-minded stereotype at work throughout the entire story.  The only characters that seemed to have any sense to them were Bryn and Lenox Lyons, who were from out-of-town.   This heroine is probably one of the most ignorant characters I’ve ever read.

There is a difference between a heroine who seems to constantly get herself into trouble, but is still strong and smart.  Rachel Morgan in the Hollows series is a great example.  She constantly makes some decisions that are not always the best, and forced to choose between a bad decision and a worse decision.

The narration for this book was okay and felt like it went well with the book.  The narrator did make the character sound a little on the dumb side, but to me that fit really well with this character.  I would be willing to try a different series with this narrator, but I really have no intention of continuing with this series. 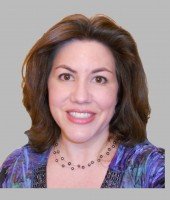